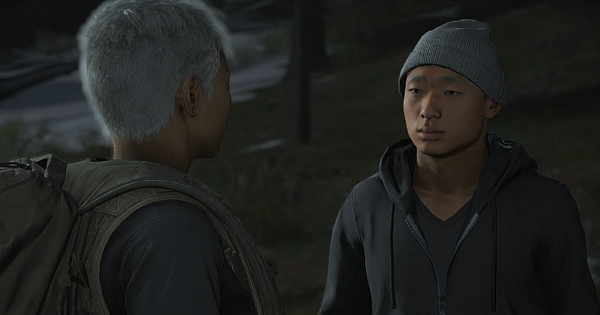 Read this Ghost Recon: Breakpoint guide for a walkthrough of the story mission "An Ingenious Genius"! Find out gameplay tips and tricks, mission rewards, & more!

Skell Is Found In Erewhon

You will find Skell in the Erewhon Hub. He is found in one of the tents. Other than Madera, you will also be able to unlock questlines for Christina Cromwell and Carl Chisum.

Ettrick Residences is found in the New Stirling region of the map. It will be on the Southern part of New Stirling, close to the Round Top hill.

Madera's house is the Northernmost house of the village. It will be the leftmost house if you decide to approach it from the vineyards from the north.

Use Your Drone to Scout For Enemies

Before entering the house, you can use your drone to check if there are any enemies in the area. Tagging them will allow you to keep track of their positions while you sneak around the house gathering info.

Use the Laptop on the Second Floor

The laptop on the second floor should have the info you need. Once you interact with it, you can then proceed to Madera's colleague.

House Is Next To Madera's

Madera's colleague is found in the house next to it. Enter it to find the colleague in the first floor.

Auroa's Parliament is found in the Liberty region. It is the southernmost region of the map. The Parliament should be in the middle of the circular city in Liberty.

It is recommended to use stealth when investigating the Parliament. The area is full of enemies that can kill you if they focus their fire on you. You can scout the area using your Drone to keep track of enemies so you can sneak past them.

Talk to Civilians With i Icon

Grab Soldiers to Interrogate Them

After you talk to civilians, you will need to interrogate soldiers for further information. Sneak up behind a Sentinel Soldier and grab them when the prompt appears. You will then have an option to interrogate them.

8. Heading To The Detention Center

The Detention Center can be found in the same region as the Auroa Parliament. It will be on the westernmost part of the Liberty region.

Use the Chopper to Get to the Location

The Auroa Parliament has a chopper that you can drive to get to the location faster. It would also be recommended as the Detention Center is crawling with enemies. Use the chopper to fly over their heads and avoid unnecessary combat.

Use Your Drone to Scout the Area

Just like other areas, you can use your drone to tag and track enemies in order to successfully sneak past them. If you are spotted, enemy reinforcements will appear, making the infiltration much more difficult.

Use a Suppressor to Make Less Noise

If you are forced to engage an enemy, it would be best to use a silenced pistol. This way, other enemies will not be drawn to your position. Once you kill an enemy, don't forget to carry them and place them in hard to find places.

Hack the Laptop to Find Information on Daigoroh

The lowest level of the building will have a laptop which you can use to find more information on Daigoroh.

Daigoroh's Cell is on the Upper Floors

Daigoroh's cell can be found in the upper floors of the detention center. You will need to exit the building and enter through the Southern entrance to gain access to the upper floors.

Use the Chopper on Detention Center's Helipad

The Detention Center will have a chopper on its helipad. You can use it to escort Daigoroh out of the Detention Center. Since the path to the extraction point has several footsoldiers, this method is recommended if you want to avoid combat.