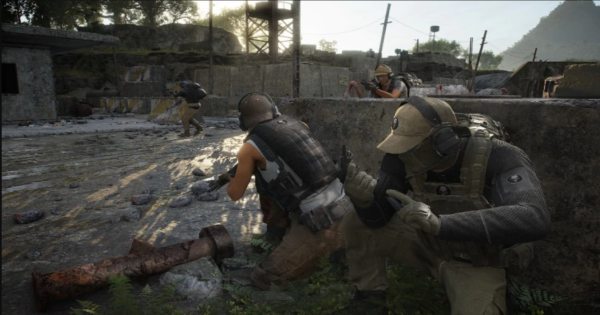 Ghost Recon Breakpoint
What to Do After Beating Main Missions

Read this Ghost Recon Breakpoint guide to learn more about the game's endgame content! Find out what to do after beating the main story, and more!

Faction Missions are side missions which you can do to support your favorite faction. Complete various objectives to help the faction fight the wolves and evolve!

Players will be able to take on several faction missions as the available missions refresh every day.

Story Faction Missions To Be Introduced

As part of post-launch content, Story Faction Missions will be introduced. These special missions will include narrative context to the faction, as well as some character development for your Ghost!

Test Your Skills on a Volcanic Island

Raids are four player co-op missions that pushes your skills to its limits! You and three other players team up to shut down a chemical plant on a volcanic island!

To keep things interesting, the rules of the raid will keep changing each week to keep players on their toes between the raid's bosses!

Raids will be regularly updated as time goes by. There will be substantial updates per episode which will bring new content, and maybe even new bosses!

PVP Mode of the Game

Ghost War is a PVP mode where four players face off against four other players. Test your skills in this mode as Gear Score is irrelevant, and you only have your skills to rely on!

6 Different Maps to Choose From

The developers have released a year 1 roadmap, showing what will be coming to the game post-launch. These include all new story missions, new raids, events, classes, and more!

Check Out the Year 1 Roadmap Here!

Special Events are new narrative arcs that are separate from the main storyline. Here, new threats have come to terrorize the island of Auroa and it's up to you to neutralize these enemies!

New classes will be added to the game as updates. These classes will complement more diverse playstyles, with new techniques and skills!