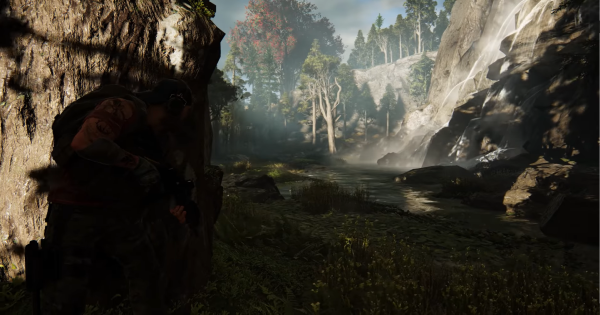 Read this Ghost Recon Breakpoint guide to learn how to utilize stealth in the game! Find out tips and tricks for stealth gameplay, stealth kills, recommended classes for stealth, and more!

Check Out the Beginner's Tips & Guides!

Stealth is a gameplay mechanic that has several benefits when used correctly. You will be able to keep yourself safe by mastering different techniques that relate to stealth! Sneak past enemies, and get the job done unnoticed!

Keep Out of Sight

One of the most important things to remember when sneaking is that you need to keep out of sight. Being spotted by an enemy could have dire consequences. They could start firing at you, or even call for reinforcements.

Another important aspect of stealth is making sure that you are not heard. If you make too much noise, enemies will be alerted and start to investigate the noise. This may lead them to compromise your position!

Make sure to watch out for an enemy's alertness. More alert enemies will have an easier time spotting you! If an enemy is alert, you may need to take a different path to your objective.

Your stance will affect how visible you are to enemies. Moving at a lower stance will produce less noise, and make you harder to detect.

Aim To Break Line of Sight

When sneaking past enemies, always aim to break line of sight. As long as you're not in their field of view, the chances of them noticing you are drastically lowered.

Prone Camo is a mechanic which allows your ghost to blend in with the ground and avoid detection! Not only does this affect soldiers, but drones will also have a difficult time finding you!

If you find that there is no other way around an enemy, you can choose to take them down. Stealth kills and silenced weapons will allow you to dispatch targets unnoticed!

Remember to Properly Dispose of Bodies

Whether you killed or knocked out an enemy, finding a body will immediately alert enemies that something is going on! Carry bodies and move them to hiding places so that enemies won't notice your presence!

The Panther Class was designed specifically for stealth operations. Their unique skills and items allow them to return to an undetected state when they are spotted. In addition, they excel at handling silent weapons and have bonus stats to stealth!

Check Out the Panther Class Here!

Sharpshooters Take Out Enemies From Afar

Sharpshooters work best when they are at long range! Their sensor launcher item allows them to immediately tag all enemies over a large area, allowing them to dispatch threats from far away without being seen!