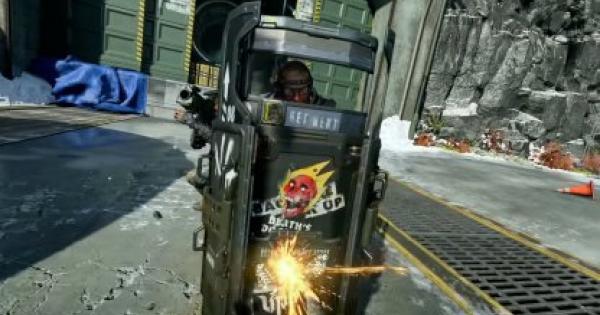 Check out what's new in the latest update for CoD: BO4! Learn more about the new game mode: Chaos Domination, and the new Full-Auto Pistol KAP 45 in the Jan 22, 2019 update!

Live this week in #BlackOps4:

• Chaos Domination in MP
• Gauntlets and new Epic Elixirs in Zombies (Xbox One/PC)
• Down But Not Out in Blackout (Xbox One/PC)
• Barbarians Special Event (PS4) pic.twitter.com/BmV9vjYnun

The week of Jan 21 - 27, 2019 will have CoD: BO4 adding new features for Multiplayer, Zombies, and Blackout, in an update, including a new weapon and game mode!

New Features Added To The Game

The tweet above shows the KAP 45 Full-Auto Pistol in action! Defeat your enemies using this new Pistol that you can unlock in Multiplayer! This will be live first on PS4, and be made available to other platforms at a later date.

How To Unlock KAP 45 Full-Auto Pistol

Unlock Via the Barbarian Special Event

Here are the things you need to know about the newest game mode: Chaos Domination to be added to the Featured Playlist of CoD: BO4!

Available For All Platforms

This game mode will be added to the featured playlist of all platforms, meaning that you can go ahead, and try out the game mode now!