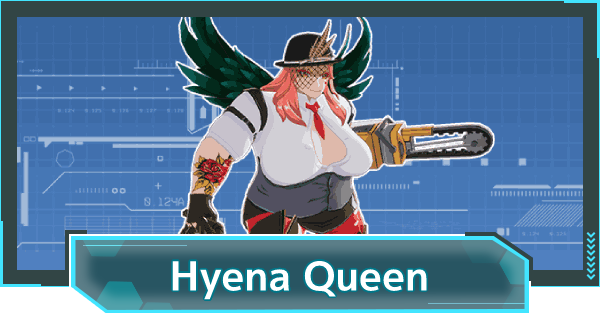 Lucia is a world boss in Tower of Fantasy (ToF). Learn Lucia's map location, boss fight weakness including attack patterns, and drop rewards you can loot in this Hyena Queen Guide.

Main Weapon Is Recommended To Be Medium Range

Most of Lucia's attacks are with whips or chainsaws. Since the range of the attack is visible, weapons that can attack at a distance of 2~3m, where Lucia's attacks cannot reach, can be used to attack while maintaining both damage and safety.

Prepare Weapons With A Wide Attack Range For World Boss

Lucia , the world boss, is located in the Hyena stronghold, so the player must fight not only against Lucia , but also against mobs of normal Hyena enemies. Of course, some of the Hyena guards will repop, so if you use a weapon with a wide attack range, you can attack the Hyena guards with it, making it easier to fight.

The Lucia character that appears in Joint Operation and Bygone Phantasm are single bosses. Since normal enemies do not appear with Lucia's ability, it is recommended to equip Rosy Edge and other Weapons with a high single damage performance.

Lucia does not have a wide attack range and is not very mobile. If you receive a series of attacks or a powerful attack, it is better to keep a safe distance to avoid attacks and recover HP.

Recommended To Challenge World Boss With A Team

Having allies by your side makes it easier to defeat Lucia since you will also be dealing with its Hyena guards in the stronghold that comes in waves. Battling Lucia solo is harder than most bosses, so proceed with caution.

How To Defeat Lucia

Fight In A Safe Distance

As mentioned in Tip #1, the attack range of Lucia's move is can be seen, so if you keep your distance, there will be no moves that you can't deal with.By fighting while maintaining a safe distance, you can fight offensively and defensively.

Whip Atttack Can Be Avoided In One way

Aim For A Phantom Time By Dashing

Lucia's attack pattern is the easiest to get Phantom Time. Lucia's midrange attacks can be clearly seen and are quite consistent, not to mention that its sluggish attack. You can use this to your advantage to keep doing perfect dodges to create Phantom Time once you get accustomed to its attack patterns.

You Can Run Away Without Overdoing The Rotation Attack

▲ Double-jumping has enough range midair to dodge attack and get a Phantom Time.

The fastest and most difficult of Lucia's moves is its spinning Attack. It is possible to aim for an illusion time, but the timing is difficult at mid-range, so if you are unfamiliar with it, try to escape. Keep in mind that Lucia's attack range goes vertically upwards as well.

If you get close to Lucia during the course of the battle, it will be easier to get the Phanton Time in time for the spinning attack. It is relatively easy to aim for Phantom Time if you evade the timing when Lucia's eyes light up after holding up the chainsaw on its left arm.

You Can Use Special Moves To Escape

Lucia's special move is a whip attack, however, the whip's impact is minimal, allowing you to flee out of range. If you battle while getting drawn in, you will take a lot of damage, so try to retain your distance by dodging.