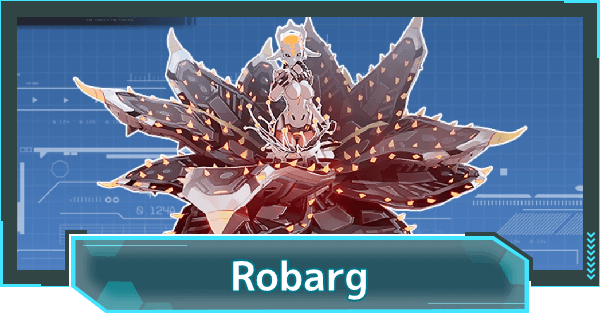 Robarg is a boss enemy in Tower of Fantasy (ToF). Guide includes tips on how to beat Robarg, its weakness, recommended weapon, map location, drops, and possible SSR rewards!

Robarg has a weakness in the Flame attribute, so if you bring it with you, you can Attack to your advantage. Robarg summons small enemies, so Scythe of the Crow, whose ability increases as the number of enemies increases, can be expected to be even more effective.

Do Not Use Volt Attribute Weapons

Robarg is resistant to Volt Attribute. It is difficult to deal effective damage with Volt Weapons, so use Weapons of other attributes.

Avoid Running Out Of Dodge

Robarg's powerful Vine Whip Attack cannot be avoided by running alone. Since dodge must be done at the same time it raises its hand, it is necessary to have a number of times to dodge once for this Attack.

Robarg does not move from the center of the boss area. It is powerful but it is also effective because it is easy to hit it with skills that limit its movement during Attack.

Dodge When Robarg Raise Its Arm

Attacks that grow vines from the ground cannot be avoided unless you dodge with good timing. It is easier to avoid it if you always leave one dodge count and dodge at the same time it raises its arm.

No need to use dodge, just run sideways to avoid it. It can also be avoided while approaching at an angle, so you can attack after the missile.

Dodge If A Red Circle Appears Around Robarg

Immediately after hiding in a bud, it attacks with a roar. Although it is limited to short range, it attacks in all directions, so quickly avoid it and take a distance.

Vine Whips Do Powerful Damage, But Can Be Easily Dodged Sideways Or Backwards

The attack range is easy to see and the preliminary action is long, so it's easy to avoid, but if it hits you, you'll take a lot of damage. If the bees are summoned first, you tend to concentrate on avoiding the bees, also be careful if you see a semicircular attack range in front of Robarg.

Go To The Boss Area Wall To Avoid Poison Attack

Ignore Bees That Spawns After A Poison Attack

After the poison attack, it will summon bees to fight you, but it is very hard and the boss will attack with different attacks, so it is dangerous to ignore it. The bees themselves move slowly so you may leave them at a distance.

During the battle, it changes into a form with long tentacles growing from the large buds on its body. When in this form, its attack pattern changes and its attack becomes more powerful than normal.

After Changing The Form, The Vine Whip Attack From The Ground Is Enhanced

After changing form, it will attack 3 times in a row with 2 more attacks with Vine Whip from the ground. Horizontal steps make it difficult to dodge, it is easier to avoid it by doing a vertical dodge.

A small bud growing on top of the large central bud attacks by shooting light bullets. If you stick to it, you have a chance to attack, but be careful as it may fly out of sight.

Yellow buds sometimes form at the ends of the long tentacles that surround Robarg. If you stop, you will be caught and take continuous damage, so don't stop when yellow buds are nearby.