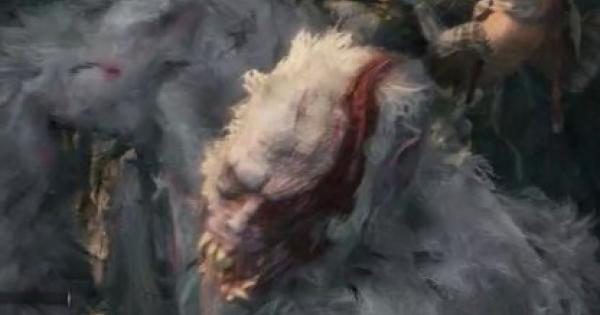 Find out how to defeat the Guardian Ape boss in Sekiro: Shadows Die Twice in this guide. This includes his battle moves, gameplay and combat tips.

Staying near the Guardian Ape puts you at risk of being hit by its numerous melee attacks. Kite around the Ape and wait for openings where you can come near it and strike.

Attack Guardian from Back or Sides

Most of the Guardian Ape's attacks are frontal ones, leaving its back and side open for attacks. Use your dodge to escape its attacks and position yourself behind or to its side.

Use Trees to Grapple Away from the Guardian Ape

There will be multiple trees around the watering hole that you can use to escape the Guardian Ape if you're being pressed. The trees can be destroyed by the Guardian Ape so they won't always be there.

Close Gap to Guardian Ape by Grappling to its Sword

The sword in the Guardian Ape's throat is a grapple point that you can use to close the distance between you. When landing, you can also do a few sword strikes.

In its 2nd Phase, the Guadian Ape will start using its discarded sword, giving it a longer reach and new moves. The fight with the Guardian Ape dramatically changes thanks to this.

Attack Guardian Ape at the End of Ground Flail

After the Guardian Ape has finished its Ground Flail, it will be vulnerable for a few seconds as it stands back up again. You can take this moment to get behind it and start hacking away.

When the Guardian Ape does its poop throw, run towards it to get out of range of its poop. Alternatively, you can get behind a tree for the poop to hit it instead.

The Swipe Grab can easily be escaped by jumping up. While doing so, you're free to attack the Guardian Ape as you're going down.

The Perilous Jump Grab has a wide range and can easily get you when dodging to the side. Instead, you can run ahead and jump up to escape it.

The Guardian Ape is vulnerable during its leaping sword strike. When it leaps forward, jump towards it and start hacking away. Just make sure to have enough time to run as the Guardian Ape could do its Perilous Roar.

Run Away Immediately during Perilous Roar

When you see the Guardian Ape placing its decapitated head near its neck, run away quickly as it's about to do its Perilous Roar attack. The attack deals terror and if it fills up the bar, Sekiro will immediately die.