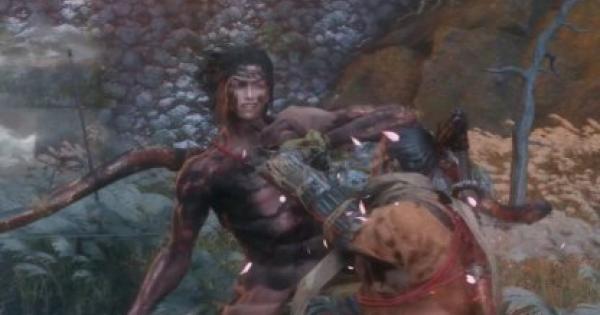 SEKIRO
How To Beat Genichiro Way of Tomoe

Check out this guide on how to beat the Genichiro, Way of Tomoe boss in Sekiro: Shadow's Die Twice. Recommended Prosthetic Tools and Items, Genichiro Attacks and Tips and more.

A powerful Skill to use against this enemy's Perilous Attack. This will do big Posture damage and can increase your chances of dealing a Deathblow.

Check Out All Skills & Effects Here!

Though not essential in this fight, this is useful to have in battle. It can help you avoid wide ranged attacks that are difficult to parry.

Genichiro Ashina can be defeated by parrying his attacks and using the Mikiri Counter to deal damage to his Posture bar. This will open him up for a Deathblow that can defeat him.

Tip 1: Attack Until He Guards You Twice

Keep attacking Genichiro until he guards against your attacks twice. When he draws his bow and tries to shoot at you, it's an opening for an attack.

When Genichiro guards against your attack for the 2nd time, he'll do a counterattack so parry this move when it happens. You can attack him again, then parry, looping your actions until you defeat him.

Tip 3: Dodge When He Reels Up For An Attack

When you normally attack him and he doesn't guard twice, he'll reel up for a powerful attack. You can avoid taking damage from this move by dodging. By repeating steps 1-3, you can loop your actions and take his health down to defeat him.

Save Your Healing & Resurrection For The Next Boss Fight

Defeating Genichiro, Way of Tomoe will transition immediately into the final boss fight with Sword Saint Isshin Ashina. This will be a tough battle so save up your healing items and resurrection for this fight. Dying from either of the two bosses will force you to fight Genichiro again.

Check Out How To Beat Sword Saint Isshin Ashina Here!

Genichiro will guard against your attack once then immediately dash to your right to commence a Perilous Attack. When this happens, jump and dodge to avoid getting hit, then hit him after he does his Perilous Attack.

When you step back without guarding, Genichiro will implement a Perilous Attack. Do a Mikiri Counter when he does this so you can cancel his attack and deal Posture Damage. If you can't get the timing, dodge by moving left and right then hit him back.

When Genichiro dashes to your left, he'll do a 7 sword strike attack. If you successfully parry all these strikes, you'll deal an immense amount of Posture damage on him. But this will also lead to a Perilous Attack - cancel this with a Mikiri Counter.

After Genichiro guards your normal attacks twice, he'll answer back with an attack of his own. You can parry this attack and turn the tides on him. You can loop this action to do Posture Damage and take down his HP bar.

After guarding your attacks twice, Genichiro will do 2 charged strikes that you can parry. After the charged strikes, if he turns, he can deviate to go on and make his 7 consecutive sword strike attack.

After guarding from your attack, Genichiro will jump and try to hit you. You can side step dodge to avoid this. This move ends with a Perilous Thrust Attack that you can use Mikiri Counter on. You can also jump to avoid this Perilous Attack.

After the jump attack, Genichiro will do a Perilous Swing Attack. You can avoid taking damage from this by jumping as soon as he sweeps his blade in front of you.

After his jump attack, if Genichiro turns, he'll move onto his Perilous 7 Slashes Attack. Aim to parry all 7 strikes to deal good Posture damage. If not, dodge away to avoid getting hurt.

When Genichiro swipes at you with an attack that looks like a death sickle, he'll follow up with a Perilous Attack. When he thrusts forward and you're far away enough, you can do a Mikiri Counter to cancel this move out.