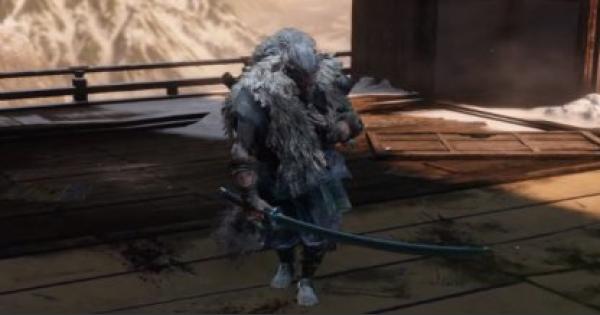 SEKIRO
How To Beat The Great Shinobi Owl

Check out this guide on how to beat the Great Shinobi Owl boss in Sekiro: Shadow's Die Twice. Recommended Prosthetic Tools and Items, Owl Attacks and Tips and more!

During the second phase of the battle, Owl will sometimes use Meditate to recover some of his Posture. You can use the Loaded Shuriken to interrupt and stop his meditation to stop him from recovering his posture.

Choose When To Counterattack

Owl has a wide variety of attack patterns at his disposal. You will need to carefully choose when to counterattack as some of his attack patterns only have small windows of opportunity.

You will be able to deflect the Shuriken that he throws. His follow up jump attack can be deflected or dodged by stepping to the side. You will have a great opportunity to counter him after he lands.

He Will Mikiri Counter Your Thrust Attacks

Owl is able to Mikiri Counter your thrust attacks. This adds massive damage to your Posture Gauge. If your posture is broken this way, he will execute a Deathblow on you! Only use thrust attacks when you see a definite opening.

At times, Owl will let loose a slow and small green smoke attack. When hit, you will lose the ability to use healing items for a certain amount of time. However, since it's small and has a small area of effect, it is easy to avoid.

An attack that will bar you from using healing items for a time. Despite this, it has a slow attack animation and is seldom used during the fight. Avoid it by moving in closer to him. You can also hit him once during this animation.

Step On You → Shuriken (Short Range)

After jumping off you, Owl will release a fan of Shuriken in a wide area around him. This can be avoided by dodging forward and to the right.

During his jump, if you notice black powder in front of you, move back. The black powder is his own Firecracker attack, and getting hit with it will leave you vulnerable for his follow-up attacks!

Dash Into A Slash (Mid Range)

Owl will start to run towards you with his blade at his side. You can deflect this attack and hit him back once. If you are not confident, you can dodge to the side. Alternatively, throwing a Shuriken can sometimes disrupt this attack.

After his smoke screen, Owl will jump backwards and then dash at you for an attack. Try to lock on him immediately to find the source of the attack. If you cannot lock on, blocking is a safe alternative.

This attack will force you to create some distance against Owl. He will then use this opportunity to meditate. Use your Shuriken to disrupt his meditation. If he decides to attack, you can opt to counter the Shuriken Jump Attack combo.