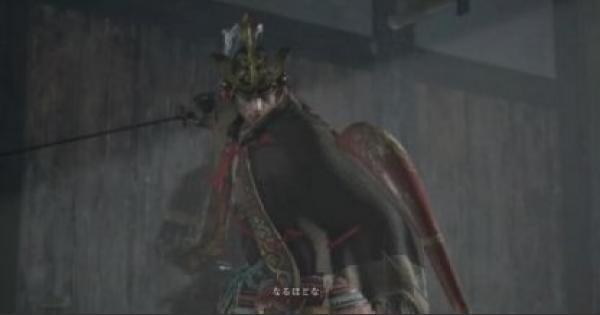 Lightning Reversal can be learned by examining the hanging scroll on the wall where you defeated Jinzuke Saze. It will be very useful in the boss battle with Genichiro.

You can get the "Immortal Severance Text" by talking to Kuro twice.

Jinsuke is heavily reliant on his posture, requiring players to break his posture to actually beat him. Parry his attacks to continuously damage his posture. Break it and he'll be open to a Deathblow even with full health.

Check Out How to Beat Jinzuke Saze Here!

Check Out How to Beat Genichiro Ashina!

Genichiro shoots an arrow. It is possible to deflect but since this will not deplete his posture, simply dodge to the sides.

Jumps to the air and attacks with 3 consecutive arrows. The attack is quick so if you can't dodge, simply deflect.

When unleashing this attack, the symbol 危 appears. Dodging sideways will easily evade this attack.

An attack that jumps over the head and falls while swinging the sword. It can be avoided in one step, but failing to avoid this attack will result to a combo.

This attack is triggered from a long distance. A 危 prompt will appear signifying the attack. Once Genichiro jumps, dodge to the side.

An attack that vertically cuts with a sword imbued with electricity. Getting hit can cause instant death. Avoid getting hit by jumping or dodging sideways.

A lighting attack that cuts sideways with an electrified sword. Avoid by jumping or fight back with lightning.