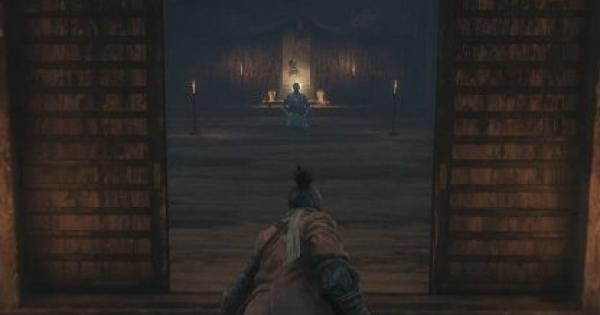 Find out how to defeat Ashina Elite - Jinsuke Saze in Sekiro: Shadows Die Twice in this boss fight guide. This includes his battle moves, gameplay and combat tips, and more.

Fighting Jinsuke Saze relies heavily on the player breaking his posture. Although some tools, such as the Loaded Axe can do this, it's extremely risky and could leave you open to his attacks.

Cannot be Sneaked Up On

Don't bother trying to sneak up on Jinsuke because as soon as you walk into the room, he'll be alerted of your presence and the fight will begin.

Defeat Jinsuke by Breaking his Posture

It's entirely possible for players to defeat Jinsuke Saze without even landing a hit on him. He's heavily reliant on his posture and breaking it will immediately open him for a Deathblow even if he's on full health.

Break His Posture by Parrying

The best and easiest way to break Jinsuke's posture is by parrying his attacks. His sword swings attack can easily be parried once you get the rhythm of the 2 strikes.

Being Aggressive will Get You Killed

Being too aggressive during the fight with Jinsuke can easily cost you your health or even your life. Stay on the defensive and focus more on blocking and parrying rather than landing hits.

Get Ready to Parry Twice when His Sword Glints

A glint will appear right before Jinsuke unleashes his 2 sword strike attack. Keep an eye out for it and once it appears, get ready to parry twice!

Jump Up or Jump Back to Avoid Perilous Attack

As a Perilous Attack, Jinsuke's sweep attack is neither blockable nor parriable. You can instead jump up or jump back to avoid it.