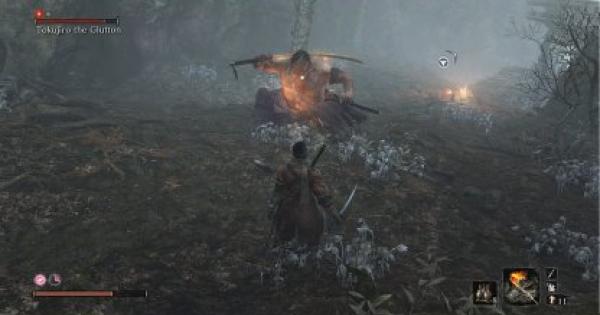 SEKIRO
How To Beat Tokujiro The Glutton

Check Out The All Boss Fight Guide List Here!

One of the Shinobi Tools that you can use is the Shuriken. You can use it to draw aggro from the monkeys near Tokujiro, and defeat them before the fight even begins.

Another Shinobi Tool that is effective against Tokujiro is the Flame Vent. Using this Tool in conjunction with the Oil item will allow you to deal damage over time to Tokujiro without even using your sword.

You can draw aggro from the Monkeys surrounding Tokujiro by throwing Shuriken at them and deal with them one-by-one. Killing all enemies will get rid of extra enemies when fighting Tokujiro.

Deal A Deathblow To Take Out One HP Node

After dealing with the monkeys in the area, you can position yourself behind Tokujiro using your Grappling Hook. When positioned, you will be able to deal a Deathblow which will shave off 1 of his 2 HP Nodes.

Counter After His Attacks

Tokujiro's attacks deal heavy damage, but are very slow. You will be able to get close and counter him after some of his big attacks since it takes a few seconds for him to recover from the animation.

Tokujiro will tilt back his head to telegraph the headbutt. When this happens, move away from him. After evading, you will be able to get in close to hit him for 1-2 times.

The vertical slice comes in two patterns. If Tokujiro raises his sword using two hands, he will attack twice. Dodge to the side to avoid getting hit by this deadly attack!

Tokujiro will exhale a poisonous gas after tilting his head back. It covers a wide area in front of him. However it does not reach very far, and can be avoided by moving away from him.

Regardless if you get hit, parry or block this attack, your poison gauge will fill up. The best way to avoid this from happening is to keep a safe distance from Tokujiro when he is attacking you.

Tokujiro stomps on the ground, and he will attack with a palm strike. Since this attack has a narrow range, you can easily avoid it by stepping to the side then counter attack right after.

This attack has a wide range, and will deal a huge amount of damage to you if hit. Avoid jumping since it has a higher chance to hit while you're in the air. A small window to counter will be there after the attack.