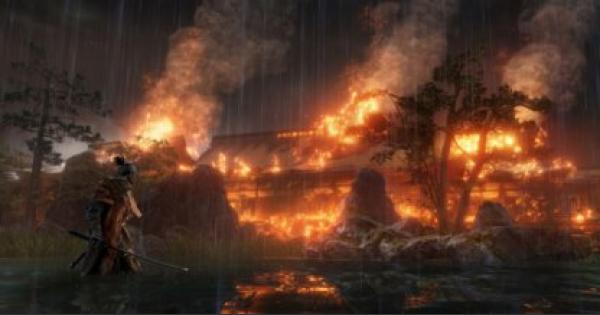 Sekiro Won The Game Of The Year - The Game Awards 2019

Our sincere thanks go out to everyone playing Sekiro: Shadows Die Twice.
We plan to release an update that includes improvements to strategic approaches and addresses several bugs.
Please see the link for details. https://t.co/hk9tvO65R7 pic.twitter.com/bNdCOf9nml

This patch changes Spirit Emblem cost of Prosthetic Tools, Combat Arts, and Spiritfall items and improves efficiency of these items and tools to encourage players to use these skills and tools more. This also addresses several bugs.

A few weeks before the official launch of the game, a new "Official Launch" trailer was released. The video focuses more on your character, the "one-armed world", how he moves, and the role he plays in the game.

Check Out The Official Launch Trailer Below:

At Gamescom 2018, audiences were treated to a story preview trailer of Sekiro: Shadows Die Twice - giving viewers a taste of the compelling epic journey they'll undertake once the game is launched.

Check Out The Story Preview Video Below:

During TGS 2018, Sekiro: Shadows Die Twice revealed their official release date - March 22, 2019. The trailer also showcased a sneak peek of the gameplay that players can expect.

In a reveal trailer launched during E3 2018, a new action-adventure game from From Software named Sekiro: Shadows Die Twice is announced for launch in 2019.

Check Out The Official Reveal Trailer Below: