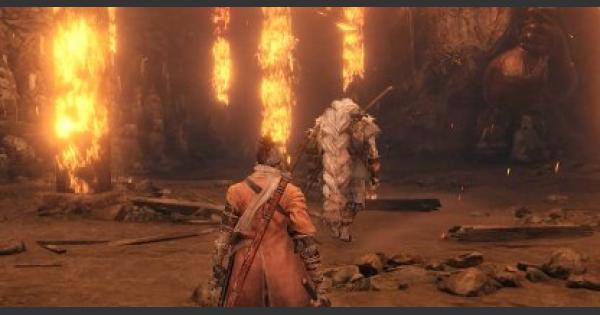 Find out how to defeat the Owl (Father) boss in Sekiro: Shadows Die Twice in this guide. This includes his battle moves, gameplay & combat tips.

The Firecracker will allow you to stun Owl in the middle of his attacks and open him vulnerable to yours for a second. When dodging his attacks, jump then quickly use the Firecracker on him.

Lower Owl's Health to Half to Slow Down Posture Recovery

The secret to defeating Owl lies in his vitality. Lower it to at least half and his Posture Recovery will slow down to a crawl, giving you the opportunity to whittle it down until it's broken!

Compared to the Great Shinobi Owl, Owl (Father) is tougher and takes less damage. Strikes against him only does a sliver of damage, greatly extending this fight against him.

Stay on the Defensive, Wait for Openings

In this fight, being too aggressive against Owl will get you easily killed. The veteran Shinobi is quick on his feet and does high damage with every successful strike. Stay on the defensive and wait out for openings rather than just blindly swinging your blade.

With how much damage Owl can do per strike, it's best to learn his moveset to successfully be able to parry his attacks. Blocking will easily get your Posture Broken which Owl will happily take advantage of.

Jump Back, then Attack Owl After 5-Hit Combo

Once Owl detonates the firecracker with a sword swing, he'll be stuck in a vulnerable position. After jumping back, quickly dash forward to attack him while he's still stuck in his animation.

The Mikiri Counter will help you greatly against Owl as it will let you stop his Thrust Perilous Attacks and stun him for a brief second for your counterattack. This will also add damage to his Posture Bar.

The Low Sweep Perilous Attack can easily be dodged by simply jumping upwards. While on the way down, you can insert a few swings at Owl.

Jump Back from Firecrackers

Owl is not shy in using his Firecrackers and getting caught in it will leave you vulnerable to his attacks. When he throws the Firecracker, immediately jump back to get out of its range.

Run Around Until Owl Reappears

After Owl vanishes, immediately start running away from his Owl familiar as he will appear where it is. When you hear him reappearing, look at his direction to be able to lock on to him again.

Jump the Fiery Owl & Get Ready to Mikiri Counter

For the 2nd Phase, Owl will have a new move where he throws his fiery owl at you. Jump to escape it, then when you land immediately get ready to Mikiri Counter Owl's Perilous Thrust Attack.