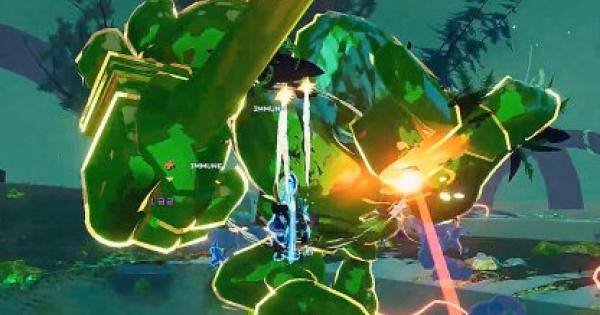 Check out this Risk of Rain 2 guide on how to beat the Titanic Goldweaver: Aurelionite. Info includes boss fight gameplay tips, boss moves & attacks, and more.

The Aurelionite is a colossal golem that wields a giant sword. It can deal massive damage to you with its short and long range attacks. It also stays invulnerable until you meet a certain requirement during the fight.

Aurelionite does not spawn randomly as a teleporter boss. The only way to fight it is to reach the Gilded Coast via using the Altar of Gold. This will then summon a Gold Portal after defeating the area's boss & charging the teleporter.

Check Out What Are Portals Here!

Make Sure To Save Lots Of Money

Repairing totems will cost money. Once they are repaired, they will only give you a few minutes to damage the Aurelionite before needing to be repaired again. Therefore stock up on lots of cash by defeating fodder enemies in the area.

Check Out How To Farm Money Fast Here!

Focus Fire On Aurelionite When It's Vulnerable

Don't waste the opportunity to attack the Aurelionite when it is vulnerable since it can only be damaged for a short time once the totems have been repaired. It will become invincible again after a certain period so make every second count!

The Aurelionite will telegraph this move by taking aim at you with a red laser. This attack will unleash a laser beam that lasts for a few seconds and will melt your HP if it connects. You can avoid this by breaking its line of sight.

The Aurelionite can also summon a column of green pillars to erupt from the ground on your position. The telegraph for this attack is slow so you can reposition when you notice it winding up for this attack.