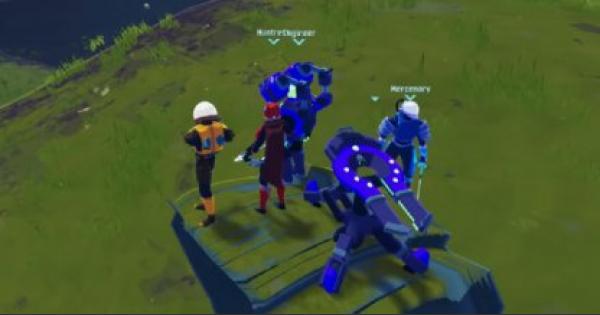 Read this Risk of Rain 2 list, guide, & details about the different character / class you can unlock in the game including Commando, Huntress, MUL-T, Engineer, Mercenary, Artificer!

Which Character is Your Favorite?

Commando is a balanced character that deals moderate damage. Commando's Phase Round is able to shoot through walls and its Suppressive Fire deals big damage while stalling enemy movement.

How To Unlock Commando

Commando is the first character / class you gain access to in the game. The moment you start playing Risk of Rain 2, you'll already have the Commando unlocked.

Huntress is high DPS but with low health & defense. Huntress is able to use Strafe while sprinting and Laser Glaive can hit multiple enemies for up to 6 times. Arrow Rain slows enemies while dealing AoE damage aimed at a specific area.

How To Unlock Huntress

To unlock Huntress, you need to reach your 3rd Teleporter in Risk of Rain 2 without dying. The key here is to find the Teleporter in each stage as fast as possible while still in easier difficulty.

MUL-T is a character / class that works well in both single & coop. Holding two equipment at once, it can switch between rapid fire shots or heavy-damage bullets. It can dash forward to gain armor & speed while dealing damage to enemies it hits along the way.

How To Unlock MUL-T

Engineer is a character / class that requires strategic placement and timing of use of his tools. He is able to place mines to damage incoming enemies & implement a bubble shield to protect from enemy fire. His Gauss Turret provides good cover fire but must be placed in an advantageous spot.

How To Unlock Engineer

To unlock Engineer, you must complete total of 30 stages in Risk of Rain 2. You do not need to complete all 30 stages in a single playthrough. Try to go through as many stages as you can in every playthrough to get access to Engineer.

The Mercenary is one of the few melee oriented character in Risk of Rain 2. Laser Sword and Whirlwind specialize in high-damage sword attacks. Eviscerate will target the closest enemy, striking them repeatedly and making you vulnerable while this skill is active.

How To Unlock Mercenary

Unlocking Mercenary requires interacting with a mysterious Obelisk found in secret area "A Moment, Fractured". Players must play through the stages until they encounter a Celestial Portal which spawns randomly after the teleporter sequence. Head inside to access the "A Moment, Fractured" and find the Obelisk - interact with it to sacrifice yourself and get access to the Mercenary.

How To Unlock Artificer

Artificer can be unlocked by spending 10 Lunar Coins (+1 Lunar Coin to access the shop) in the secret area "Bazaar Between Time". This area can be accessed after completing a teleporter event either randomly, or using a Lunar Coin at a Newt Altar (appearing as blue cracked rock). Within the Bazaar, you'll find the Artificer frozen next to the shopkeeper for you to set free.

Rex is a high-risk high-reward Brawler that uses a portion of his HP to deal devastating attacks that can control mobs of enemies, or even wipe them out! His attacks can also weaken enemies, reducing their move speed, armor and damage!

Check Out The Rex Class Guide!

How To Unlock Rex

What Are Character Classes?

Characters You Can Unlock & Control In The Game

Survivor Class in Risk of Rain are unique playable character that you can unlock and control within the game. Players start out with Commando and will eventually unlock others as they progress through their playthroughs and achieving specific Challenges.

Each character / class has a unique play style and their own set of skills. These make each of them have unique distinct play style and also preferable items for maximum synergy in combat.