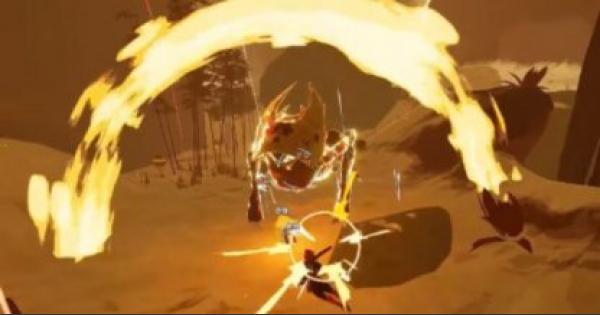 Read this Risk of Rain 2 guide to learn about all the Teleporter bosses you'll encounter. Check out all boss fight list, boss moves, boss fight gameplay & battle tips, and more!

The Wandering Vagrant is a giant floating jellyfish that summons small spheres of energy that hit you for damage. It also pulses with energy, emanating damage-dealing waves.

Check Out How To Beat Wandering Vagrant!

The Beetle Queen spews out wasps that damage you within their sphere's range. It also spits out acid balls that stick to the floor when they land - they can damage you when they hit you & when you stand on the acid.

Check Out How To Beat Beetle Queen!

This is a bunch of tankier & more hard-hitting Wisps in Risk of Rain 2. They send green fireballs your way that explode upon contact & deal area-of-effect damage.

Check Out How To Beat Greater Wisp!

Stone Titans are tanky and hit hard. They summon rocks that sprout up from the ground and shoot a powerful laser that can easily down your HP bar.

Check Out How To Beat Stone Titan!

Clay Dunestriders are very tough and have high defense. They throw a barrage of explosive bombs in your direction plus they can suck you in closer by creating a black vortex.

Check Out How To Defeat Clay Dunestrider!

Imp Overlords phase through different dimensions and deal melee damage when get near you. They throw blades that explode when you go near them and do powerful hand smack down attacks.

Check Out How To Defeat Imp Overlord!

A Magma Worm flies in and out of the ground, throwing magma balls around it every time it buries onto the floor. Extremely mobile, the floor it buries into will deal damage when you stand on it.

Check Out How To Defeat Magma Worm!

The boss version of the Lumerian found in the Abyssal Depths, the Great Elder Lumerian has bigger HP and harder-hitting attacks. It can deal big damage with its fire breath & fire ball attacks.

Check Out How To Defeat Great Elder Lumerian!

You will only be able to fight the Aurelionite by accessing the Gilded Coast. The Aurelionite will stay immune to your attacks until you activate all of the Halycon Beacons in the area.

Check Out How To Defeat Aurelionite!

About Bosses In Risk of Rain 2

Bosses in Risk of Rain 2 only appear when you start charging the Teleporter. You have to defeat the summoned boss if you want to move onto the next stage.

Named bosses can show up as unnamed foes in Risk of Rain 2 stages when you reach harder difficulties. These are not necessary to be defeated but pose a problem when you're fighting them alongside the Teleporter boss.

When you reach the stages with higher difficulties, you'll encounter more powerful variants of the named bosses. These are usually boosted or marked with a specific element, making it hard to defeat them.