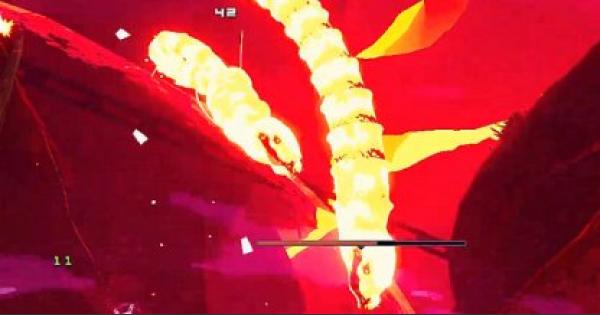 Check out this Risk of Rain 2 guide on how to beat the Magma Worm. Info includes boss fight gameplay tips, boss moves & attacks, and more.

The Magma Worm is an elongated magma monster that flies into and out of the ground. Being highly mobile, it can be hard to hit and focus fire on.

When the Magma Worm dives into the ground, you'll get a great deal of damage when you're standing at the impact point. Make sure to keep moving around & avoid this area to prevent yourself from getting killed.

Dodge Away From Magma Balls

The Magma balls that get thrown from the vicinity of the Magma Worm's impact point have small splash damage so it's best to sprint or dodge away when you see them.

Focus Burst Damage When It's Above Ground

There is a limited window when you can hit the Magma Worm - it's either high in the air or under ground. Focus your burst damage when it's coming up from the ground or going into it to lower its HP bar as much as you can.

Fly In & Out Of Ground

The main way the Magma Worm can damage you is by targeting you when it flies in and out of the ground. Keep moving as you can get damaged heavily by standing around its impact point.

Magma Balls will be flying out of the Magma Worm when it moves in and out of the ground. These have splash damage when they fall to the ground.