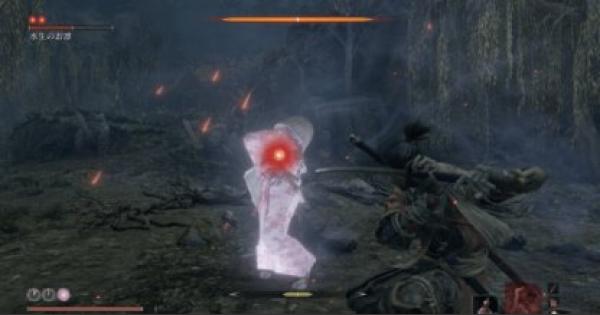 SEKIRO
How To Beat O'Rin of the Water

Check out this Sekiro: Shadows Die Twice guide on how to beat O'Rin of the Water. Includes Divine Confetti use, gameplay tips, recommended Prosthetic Tools and Items, boss moves and attacks.

O'Rin of the Water Location

This skill lets you recover Vitality when you deal a Deathblow. This is a useful skill to have when dealing with many enemies in one area.

O'Rin of the Water is susceptible to be stunned when you used the Firecracker. If you're able to time it successfully, you can land crucial hits to her when she has stopped moving.

Check Out How To Get Firecracker Here!

Using Divine Confetti is not necessary to fight O'Rin of the Water but it will help increase your physical and Posture damage when you do use it. If you have stock of this item, it will help you greatly in this fight.

You Can Deathblow O'Rin By Jumping On Her

You can trigger a deathblow on O'Rin by jumping behind her, which should knock her a bit forward. If successful, a deathblow marker should appear. A single jump should do, and not a double jump.

You can also throw a ceramic shard from behind to knock her from her position, which will also prompt a deathblow.

O'Rin of the Water has 2 HP nodes and the best way to defeat her is to parry her attacks and deal Posture damage. Even if you aren't able to lower her HP, breaking her Posture twice will help you win the fight against her.

Jump To Avoid Perilous Attack Then Jump On O'Rin

This enemy's Perilous Attack can be avoided by jumping. After avoiding the Perilous Attack, jump on O'Rin to stamp on her and deal damage to her Posture Bar.

If Her HP Is Low, Normal Attacks Can Be Used

If you've lowered O'Rin of the Water's HP, you can simply attack her with normal sword slashes instead of looking to increase Posture damage.

Continue To Attack Even If You're Guarded Against

You can actually attack through O'Rin's guard when you have used Divine Confetti. But make sure to hit her once or twice only so you won't trigger her counterattacks.

O'Rin of the Water Boss Attacks

O'Rin of the Water will lift her sword over her head and slash in front of her twice. You can guard or parry then counterattack but be careful to time them properly. Since opening is very limited, don't force to counterattack during this move.

O'Rin will jump into the air, twisting her body, and rush towards you. Since this move is easy to predict, guard or parry her jump attack then jump to avoid the Perilous Attack. You can counterattack by hitting her after her Perilous Attack.

It's possible for you to hit O'Rin right after she does her Perilous Attack. Just jump to avoid her sword sweep then move towards her to hit her once or twice.

Enemy will turn and rush towards you. It's hard to avoid this move so parry or guard to prevent taking damage. If you're a distance away from her, move away and hold your deflect button to guard against the attack.