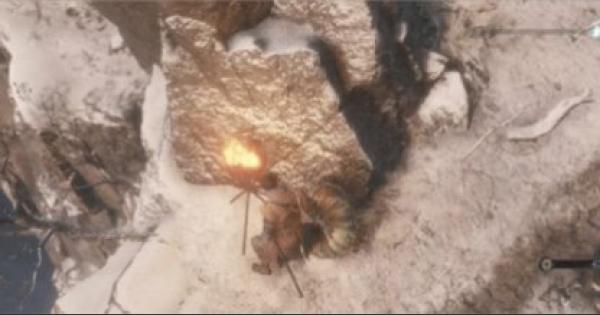 You'll find this on a ledge where a shooter enemy is located.

Near some stone steps by a wooden fence.

Shirafuji will shoot you when you're far away from him. You can dodge this attack by stepping from side to side. After this shot, you can attack him using a Charged Thrust.

Shirafuji doesn't move quickly when he does this attack. So it's best to use a Charged Thrust attack after you dodge his 3rd shot.

Time your attack between Shirafuji's spin attack and shooting his gun so you can avoid being shot by him and you can deal damage to him as well.

It's possible to avoid the gunshot with a sprint and Charged Thrust but it's hard to time it. If unsure, it's best to deflect this move instead.

This move can deal quite large damage on your HP bar. Since you can't deflect this attack, it's best to step-dodge backwards to avoid taking damage.