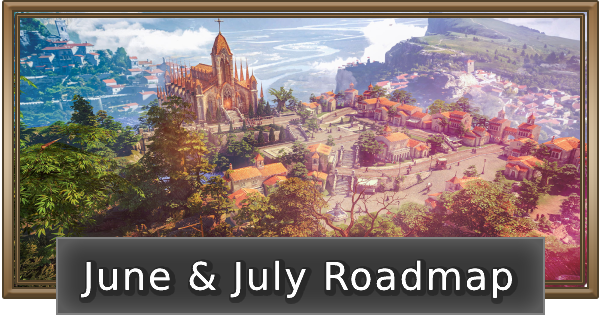 This guide is about the NA (North America) roadmap for June & July 2022 of Lost Ark. Read on to learn more about the roadmap, new classes, new guardian raid, legion raid and more!

New Classes To Be Released Every 2 Months

It is announced from the Lost Ark Roadmap that the new classes will be released once every month for the year of 2022.

Arcanist is the new Advanced class to be released for Mage class. It is said that Aracanist will be released on July according to the Roadmap released by official Lost Ark.

This June update, Kungelanium will be joining Deskaluda in Guardian Raid as one of the gauntlet of powerful Level 6 Guardians available to challenge.

Vykas will be joining Valtan as the second Legion Raid available this upcoming June update.To enter normal mode, players will need to reach item level of 1430, and 1460 for hard mode.

Another difficulty will be added on Valtan's Legion Raid this upcoming July update. To join this level of difficulty it is required to attain item level 1445.

Thronespire is a new 50-level single-player dungeon adventure set in a distorted dimension. Players are given a limited amount of time to clear each floor before moving on to the next. If players fail, they will have to start over.

Challenge Abyssal Dungeons is a new weekly activity that players may participate in following the July update, which also included Valtan's new Legion Raid mode and the debut of the Arcanist class.

Yoz's Jar is a new in-game premium items that will introduce a selection of Epic and Legendary skins. This will be available as part of June update.