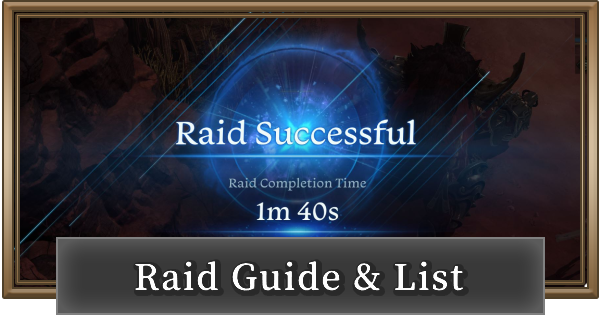 The Guardian Raid can be done in solo and its difficulty will scale depending on the size of the party. However, for the Abyssal Dungeons and Abyss Raids, you cannot enter them without a party. You can join a party via match making or find party before starting the raid.

Guardian Raid is a raid where you find and fight a single boss in a large area. Here, you will have to learn and follow a specific mechanic of the boss in order to defeat it. Each boss is unique and does a different skill and mechanic during fights. Another thing to note is that the HP and damage of the boss scale with the number of players in the raid. The boss will have lower HP and damage if you run it solo.

After defeating the boss in Guardian Raid, you can harvest the soul of the boss to gain rewards. You can harvest up to 2 souls daily, this resets every day after the server reset.

The Abyssal Dungeon is an End-game content wherein you will have to play with a party that consists of 4 players (8 players in Gate of Paradise) to defeat 2-3 bosses in each run.

Each Abyssal Dungeon will require the whole party to follow a specific mechanic to beat the boss. Failing to do the mechanic of Abyssal Dungeon bosses will wipe out the entire party. The party can respawn and try again as many times as they want to learn the boss mechanics.

At the end of the Abyssal Dungeon, you can use your Gold to receive bonus rewards on top of the rewards for clearing the dungeon. Claiming this is highly recommended since you can only do each of the dungeons once a week for your whole roster.

Abyss Raid is the most difficult content available in the game and it is also the most rewarding if you are able to complete it. This raid requires all participants to at least have an ilevel of 1370 tier 3 gear. The raid will consist of 8 players that will be split into two different parties with a color assigned to each of them. The color of your party will determine how you will react to the mechanics of the raid.

Before you are able to select a guardian, you can see at the top section of the pop-up the rest bonus. This bar will automatically fill up every time you miss a run for Guardian Raid. Once you accumulated enough rest bonus and filled up the bar, you are able to use the rest bonus for additional rewards after finishing your next run.