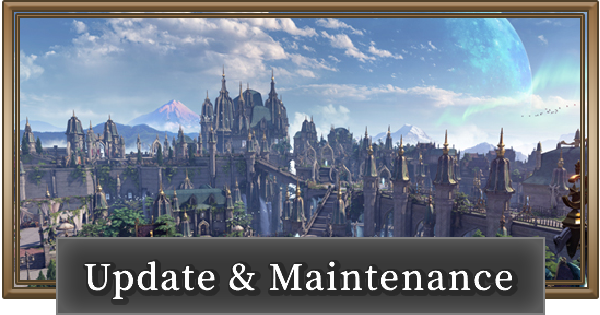 The Road Map for June~ July 2022 for Lost Ark has been released. Check the article below for a summary of all of the upcoming contents in the game.

All servers and regions will be offline for the scheduled weekly maintenance. The expected downtime may last for up to 5 hours.

The rewards from the Chaos Dungeon Exchange NPC has been adjusted to be character bound. In addition to this, the shards earned from Chaos Dungeons are now Roster bound. Players can now share them with other alternate characters on their roster.

Issue causing the client to stop responding when loading into Haiger's Manor and Rivelvarr Ruins has been fixed and re-opened to players.

Issue causing an Invalid Customization Info error when attempting to load presets in the Character Creation screen has now been fixed.

Adventure island timers will no longer reference UTC time in all regions.

The NPC (Chimek) from Wild Wing Island will no longer appear on Naruna Hot Springs.

Issue regarding the incorrect quantity of the Coins of Courage rewards upon completing a PvP match is now fixed.

Issue preventing the Book of Coordination from being saving combat skill presets while on a Shadowhunter has been fixed.

Destroyer will now be added as a new Advanced Class for Warrior. Destroyers can bend gravity and control their enemies with their large hammer.

Valtan is the first Legion Raid introduced into the western servers of Lost Ark. It is an 8 player raid that requires players to have an item level of 1415 for normal difficulty or 1445 for hard difficulty to enter.

Deskaluda Guardian Raid has been added. This Guardian Raid will require players to have an item level of 1415 or higher to enter.

Wild Wings Island is a new event island that has been added where you can participate in co-op quests or play solo to get additional rewards! The Island appears somewhere around the west area of Tortoyk.

Neria's Wardrobe is a shop where you can buy limited-time cosmetics to customize your character. This can be accessed using the in-game store titled Dressing Room.

Along with Neria's Wardrobe, an Exclusive Skin Set for Destroyers and a new Dawn Collection Skin Set has also been added.

All servers and regions will be coming down for infrastructure improvements needed to be deployed for the next week's May Content Update. Servers are expected to be down for approximately 5 hours.

Issue that prevented the PvP Leaderboards from loading is now fixed on all servers.

All servers and regions will be down for a few hours to make way for the weekly update.

Players can now change their designated Express Mission Event character once to have a chance to claim the bound honing materials on the correct character.

The Express Mission Event character can only be changed if they have not used any of the honing benefits for T1 and T2. In addition, players can only select a level 50 character with an item level below 1100 when changing the designated character for this event.

Players can choose the designated character for this event until June 30th, but will be able to complete the missions up until July 28th.

The Guardian Raid Event has been extended and it will now run until May 19th to support the progression of players and to prepare for the upcoming May content update.

Items bought from the event exchange will also have adjusted expiration dates and will expire on the new end date of the event.

All servers are expected to be down for 8 hours to make way for the weekly update to prepare for the new content launch.

Glaivier is an advanced Martial Artist (Female) class that has been added on the April 21st Update. This class uses two different stances which will allow the class to attack with a spear or a glave.

South Vern is now available for all players who are able to complete Punika and has an ilevel of 1340 or above for their gears. Here you can continue to progress the story and receive honing material rewards from the new content.

Express Pass is a new event wherein you can choose a character on your roster to speed up its gear progression by completing missions to receive honing materials.

Caution: It is best that you use the Express Pass on a non T3 character on your roster. The rewards from the Express Pass are non-tradable T1 to T2 materials which can help you progress immediately to T3 with ease.

Ark Pass has also been added to the game. The Basic Ark Pass is available for free and each time you level up your Ark Pass, you get an additional reward. You can pay Royal Crystals to upgrade your Ark Pass to Ark Pass Premium or Ark Pass Super Premium. Upgrading to any of these two will reward you additional cosmectics (Noble Banquet) and materials which can help you hone your gears.

All servers are expected to be down for 8 hours to make way for the weekly update to prepare for the upcoming contents coming later this month.

In-game attandance rewards will be added for April 14th through 21st.

All servers and regions are expected to be down for 5 hours to make way for the weekly update.

An issue where the players were starting at Bronze Rank (1250 MMR) instead of Silver Rank (1500 MMR) in the Competitive Proving Grounds has been fixed. If players started their Competitive Season before this patch, they will receive a +250 MMR adjustment.

An issue where the overtime timer was not appearing during PVP matches has been fixed.

An issue where the chat text could be unsuitably altered or displayed outside of the chat box has been fixed.

The [Weekly] Battle Item Bundle has been improved so players can now select battle items chests instead of receiving a random one.

All servers and regions are expected to be down for 4 hours to make way for the weekly update.

Players will be able to play a guardian raid event where they will fight off three guardians at the same time and its difficulty will scale the player's gear and stats to match the guardian's level. You can participate in this event once a day and it will reward an event specific coin which can be exchanged for additional Honing Material Chests, Metallurgy & Tailloring Books, and Tier 3 Gem Chests.

All players with the item level 250 or above are elegible to participate.

After the weekly update, Competitive Proving Grounds Season 1 will be launched. Players will be able to queue for Team Deathmatch to fight against other players for rewards.

Your rank and rewards will be determined by your Competitive Match Average Score. To participate on this event, players will need to get Tier 1 rank in Proving Grounds.

To commemorate the western launch of the game, everyone will receive gifts full of cosmetic items and other useful materials.

In addition to player gifts, they are also giving away chests that contains honing items to further upgrade your gear.

Metallurgy and Tailloring Books will be now be added on the reward table. They have also increased the quantity of weekly honing materials for Destruction Stone Crystal and Guardian Stone Crystal.

On top of that, the coins that you earn for participating in Chaos Dungeons, Guardian Raids, and Grand Prix has been increased.

They have included a new prevention system to target fraudulent purchases and bots. Players with good standing on their Steam account will not be affected by the changes. However, players who have not yet met the "Trusted" status will have reduced access to some of the features that affects the economy.

• Allowed players to get "Off to the Races" quest without being level 50 or above.
• Voice chat related issues in the South America region.
• Adventure Island being claimable only once during the weekend.
• World Boss Achievement Issues

All servers and regions are expected to be down for 4 hours to make way for the weekly update.

In-game events will now be adjusted to properly display the correct time with Daylight Savings Time.

(In-game time clock can be affected by your local computer's DST settings.)

Since the in-game event timers have caused confiusion, they will be providing 3,000 Grand Prix event token to all players. This will be delivered automatically to your Univeral Storage.

Players who ran the Tytalos Guardian Raid while it was bugged will be compensated with the exact rewards.

The pack will now give the appropriate bonuses to players and will be granted any bonuses that had been missed while it was bugged.

The status of all servers available can be checked if they are open, busy or under maintenance by accessing the official website written below.

If you are encountering an error codes or server errors when playing Lost Ark, you can check out our guide on the link below.