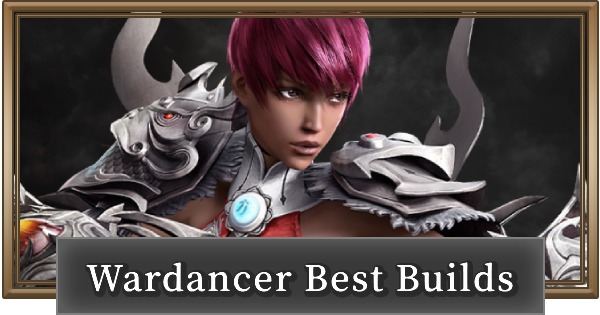 The build below uses the Esoteric Skill Enhancement Engraving for Wardancers. You will mainly focus on building up Swiftness to lower cooldowns and Specialization to increase your overall damage with your Esoteric Skills.

This build mainly utilizes Energy Combustion and Lightning Kick as its main skill and source of passive damage to help generate and fill up the Elemental Meter which can be extremely useful for clearing mobs.

Wardancers are prone to AoE attacks because they are lacking mobility skills, be sure to use your skills at the right time to avoid taking too much damage.

Esoteric Skill Enhancement will allow your esoteric skills to deal additional damage for each orb you have. Since you will mainly perform skill combos to deal damage, you will have multiple orbs most of the time.

Raid Captain is also one of the best Engraving to pick since you will be investing your combat stats on Swiftness, it gives you additional damage depending on your movement speed.

This build focuses on playing the Hit and Run style for Wardancers. Most of the skills are used to close the gap on squishy ranged targets in the backline.

There are different ways to engage during PVP, but Wardancers will mostly be looking for openings to perform combos and pressuring the opposing team's backline.

Combat Stat in PvP is mostly fixed on all the advanced classes. For this setup, you will mostly invest your points on Swiftness to increases your Atk. Speed, Move Speed, and reduces Cooldowns. The other points will be used in Crit to increase your chances of landing critical hits in PvP.

Skills To Use Until 25

During the early levels, you can put your skill points anywhere you like to test out the skills. We recommend putting most of them on Moon Flash Kick and Sleeping Ascent during your early levels to increase damage.

Skills To Use After 25

Once you reach level 25, most of the skills should be available. Invest your skill points on Sweeping Kick, Lightning Kick, and Wind's Whisper to clear mobs much faster.

Some of the Wardancer's skills have movement which makes it easy to close in on enemies and that are hard to catch.

Most of the Wardancer's skills can disrupt the enemy's attack animation. These skills are used as the opener when starting combos to deal damage.

The Wardancer has very little skills with Push Immunity so it is easy to knockdown the Wardancer. You will mostly rely on using space bar to dodge skills but has a high cooldown time.

The Wardancer heavily relies on combos to juggle enemies and deal damage. The lack of Crowd Control AoE skills will make it more difficult to perform combos without getting interrupted.