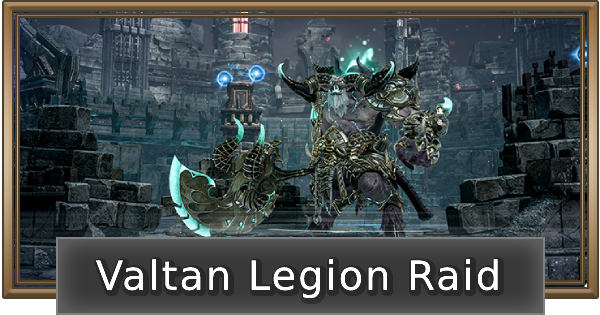 Legion Raid - Valtan can now be played in Lost Ark Western version this May 18th. There are also new features added along with the Legion Raid.

What Is Legion Raid

With the introduction of Valtan as the first Legion boss, Legion Raids are difficult team-based activity/event that requires proper strategy and teamwork to defeat the bosses.

Although Legion Raids are difficult, Gate Progression System and Sideral Skills will help players to defeat the boss. So use this opportunity to plan a proper strategy for defeating the Legion Raid boss.

Normal & Hard Mode Can Be Chosen Once Every Week

Players can participate in the Normal and Hard modes in Legion Raids if they have the minimum requirements of 1415 and 1445 Item Levels respectively. Note that you can only choose 1 mode weekly as Normal and Hard share a weekly lockout.

Use Gates To Rest & Prepare For Next Battle

Also, there are gates that serve as checkpoints for each stage of the raid, which saves the players' progress while advancing through the raid. Unlike the other gates that only serve as checkpoints in case you were defeated, the gates in Legion Raids can also be used as a resting place to help players prepare for the next round.

Sidereal Skills is a new mechanic in Legion Raids that helps players during their run. They will fight alongside your team and can summon powerful skills mid-battle. There's also a gauge that you need to fill up in order to use the Sideral Skills, but this can be filled up throughout the Legion Raid run.

Siderals That Can Be Summoned

How To Unlock Legion Raid

Legion Raid will be unlocked once you have completed the guide quest, [Guide] Notice: Legion Raid. Then visit the "Lunar knights NPC in Vern castle to start the quest 'Resurrected Lord of Destruction' which tells the story of Valtan.