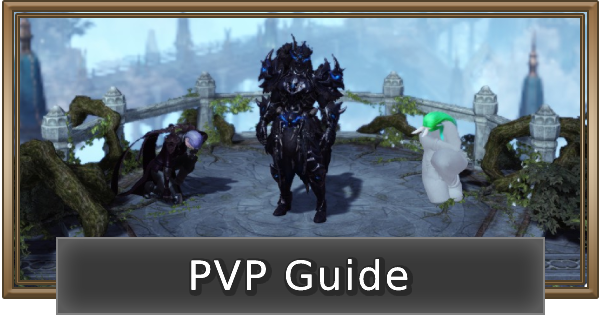 A PVP guide for the game Lost Ark. Check out our guide to learn more about the PVP rewards, ranking system, guide, modes, how to unlock and more about Lost Ark's PVP System!

How To Unlock PVP

How To Unlock PVP Matches

To unlock PVP you need to need to progress the Main Story Quests until you reach East Luterra and unlock Luterra Castle.

How To Unlock Ranked Matches

To unlock ranked PVP matches you need to play non-competitive matches repeatedly until you reach Tier 1. Once you get to Tier 1, you will be able to participate in ranked matches.

When participating in PVP matches, it is important to enable the setting Force 21:9 Aspect Ratio. This ensures that you can see more of the battlefield during the PVP match.

In Team Deathmatch, two teams with 3 players each fight each other to score the most kills until the timer runs out. In this PVP mode, it is more important to have team synergy rather than having the ability to solo kill other players since other members of the team can easily peel for the player getting beaten down.

Deathmatch is the simplest form of the PVP matches since all 6 players will be fighting against each other to score the most kills until the timer runs out.

Ranked PVP matches are always played in the Team Deathmatch format. In Ranked matches players start gaining or losing MMR and their rankes will be based on their current MMR and placing in the PVP leaderboards.

Before players are able to participate in ranked matches, they are supposed to reach Grade 1 or Tier 1 first. This is to make sure that players are already experienced in PVP matches before they can enter Ranked Matchmaking.

The PVP Vendor was just released on the March 24th update of Lost Ark. At this vendor, you can exchange the Coin of Courage for some limited items and some honing materials. You can easily find the PVP Vendor beside the Proving Grounds Entry Board.

After participating in PVP matches, players will be rewarded with Coins of Courage that they can use to get various items from the PVP Vendor. The items that you can get from the PVP Vendor are locked depending on your Combat Level, Item Level, or your current PVP rank.

This section is currently under construction. Check back later for more updates!

This section is currently under construction. Check back later for more updates!