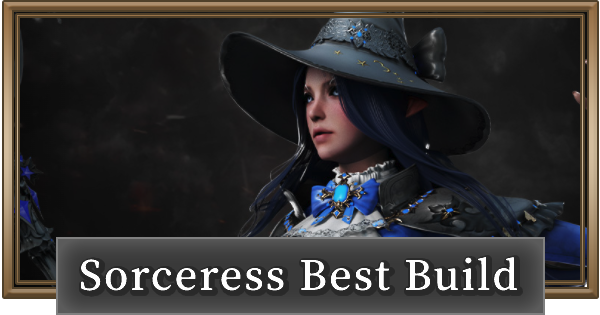 Listed below are builds for Sorceress for specific end-game contents.

This build focuses on powerful AoE Skills making it easier to defeat wave of enemies at Chaos Dungeons. This build also uses Tripods that makes specialty be full faster.

The goal of this build is to max out the strongest skills of the Sorceress while focusing on crowd control skills and staggers.

Igniter allows you to boost your damage while keeping Arcane State. All-Out-Attack reduced your cooldown making the timing of your rotations easier.

Igniter Engraving is recommended to still continue to use Sorceress's unique ability but if you prefer Reflux Build, adjust the tripod and change Magick Amplification to Final Strike.

Stat tuning in PvP is mostly fixed on all the advanced classes. The reasoning for this setup is that Swiftness increases your Atk. Speed, Move Speed, and reduces Cooldowns while Domination increases your damage against enemies who are affected with debuffs crowd control effects. The 1 point in Crit is used to enable critical hits in PvP.

At early levels, you can put your skill points anywhere you like to test out the skills. Focusing on one skill is recommended but until you do not have enough points to max out one skill, spreading them to different skill until you reach one Tripod is recommended.

Skills To Use After 20

At level 20, you should start raising certain skills to level 10 if you have enough points. These maxed out skill will be your main damage dealer as you explore through the world. Explosion is recommended because of its power and ability to send enemies back.

Sorceress is one of the classes in Lost Ark that provides most damage this is especially noticeable when its Arcane mode is activated.

Sorceress can cast many AoE spells enabling players to deal powerful damage to many enemies at the same time. Sorceress is an amazing class against groups.

Sorceress is hindered by being easily defeated by attacks because of its poor defense stat and lack of protective skills. Sorceresses would need to stay far from enemies during battles.

Most of the skills of Sorceress have a high casting time which requires you to distance yourself from enemies. At late levels, Sorceress relies on the team to keep her safe.