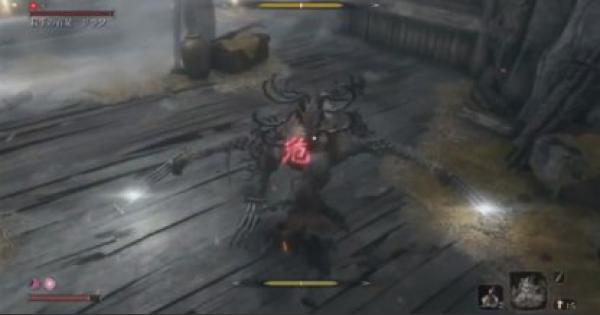 Defeating Long-arm Centipede Giraffe is highly reliant on your parrying skills than anything else. Using tools and items won't work as well in this boss fight.

Master The Timing of Your Parry

Giraffe can be hard to beat if you cannot parry his barrage of attacks. Master parrying his attacks to inflict a huge amount of posture damage.

Guarding Will Cause Significant Posture Damage

Giraffe's continuous attacks when guarded will cause you to quickly accumulate posture damage, slowing you down and making you vulnerable to attacks. Aim to parry all his attacks in order to deal posture damage to Giraffe instead.

Perilous Attacks Can Be Evaded By Jumping

Giraffe's perilous attack can be avoided by jumping, so jump as soon as the prompt appears. You can also attack mid air when you jump to deal damage.

Giraffe attacks with 10 consecutive strikes. Parry all his attacks. After the last strike, a perilous attack will follow. Jump at the perilous attack to evade, and strike him mid-air. The attack starts from his right hand.

He will do a quick series of 3 swipes and follow up with a perilous attack. The attack starts from his left hand. Jump during his perilous attack so you can counter attack.