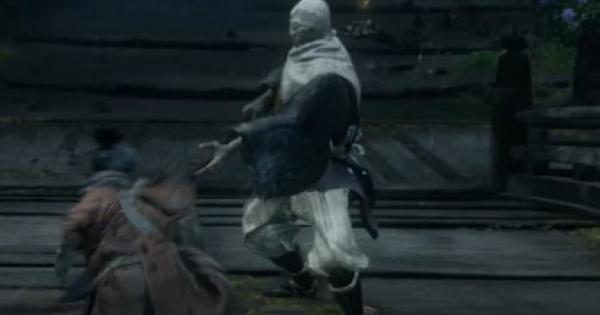 SEKIRO
How To Beat Shinobi Hunter Enshin of Misen

Check out this guide on how to beat the Shinobi Hunter Enshin of Misen boss in Sekiro: Shadow's Die Twice. Recommended Prosthetic Tools and Items, Shinobi Hunter's Attacks and Tips and more.

If you do not get rid of those 4 enemies around the Shinobi Hunter, they may become quite a problem later. First, clear your surroundings by killing enemies one by one. If you are spotted, run and hide, then come back again.

If You Are Spotted, Run Away and Hide

If enemies spot you, retreat from that location. When you get far enough, their Alert state will be reset.

You can easily take out 1 HP node with stealth Deathblow. Sneak through the bushes to perform a Stealth deathblow.

Evade Attacks Instead of Guarding Against Them

Shinobi Hunter mainly performs unblockable thrusting attacks. It is usually better to strafing around him and dodging back against low swipes.

Wait for his Thrust Attack

He thrusts with his spear after charging for a long range attack. While he is charging up for the attack and short breaks after the attack, you have a chance for Mikiri Counter. Watch for the 危 symbol and time your counter.

Simply jump to avoid his low sweeping attacks. Keep your eyes on his swing telegraph to anticipate this attack

As the preparation time of his Combo is even shorter than Step attacks, it will be difficult to avoid them. Mastering the Mikiri Counter will turn this attack into an opportunity to strike back.

He will step forward and swipe up his spear. During this attack, his rush distance will be long, so take a considerable distance away and step to the side when you recognize this move.