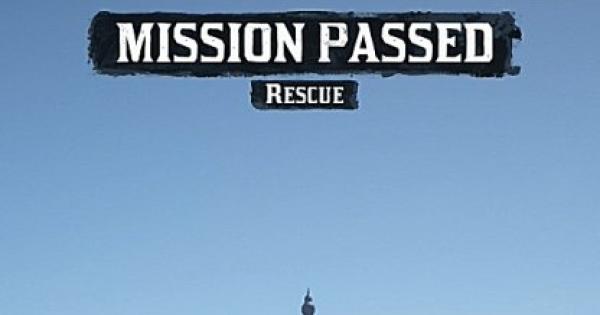 Check out this guide for a full walkthrough of the "Rescue" Free Roam mission of Red Dead Online, including gameplay tips, guides, and more!

Meet The Boy At Riggs Station

1. Flatneck Station Is In The Heartlands

Flatneck Station is located in the part of the map labeled "The Heartlands". Other notable named areas near it are Diablo Ridgle, and Riggs Station, both just West of Flatneck Station.

2. The Stranger Will Be Wearing Blue

The Stranger that will give you the rescue mission will be wearing a blue top, and white pants. He will be playing around with his gun when you approach him.

Rescue The Captive In Limpany

Limpany is an abandoned area located just North of Flatneck Station. It is just a short horse ride away from the station.

Other than humans guarding the captive, there will also be guard dogs that will attack you if you get too close to the area. Remember to take out the dogs before freeing the captive as their bites will be lethal once it closes in.

3. The Captive Will Be Marked With A Blue Icon

The Captive can be easily located on your minimap since they have a blue human icon on the minimap. To add to this, there will be a blue arrow pointing to them on your HUD.

4. Other Players Can Attack The Captive

Be careful when escorting the captive. Other players can choose join as the hostile party and to kill the captive, which will make you fail the mission. If you find yourself about to pass other players along the map, it would be best to find an alternate, and safer route!

1~4. Rescue & Bring Back The Captive Under The Time Limit