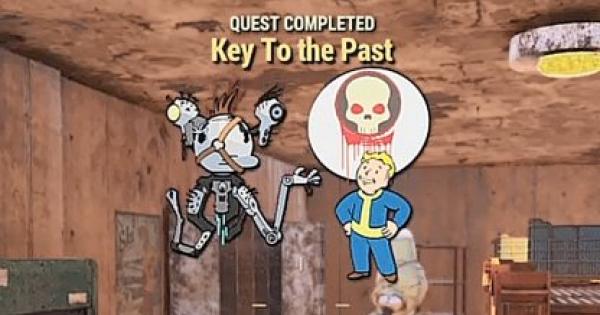 Fallout 76
Key To The Past - Quest Walkthrough

Check out this guide for a full walkthrough of the Key to the Past Quest from Fallout 76, including gameplay tips, guides, & more!

Key To The Past - Overview

Key To The Past - Walkthrough Chart

The amount of rewards that you receive will depend on your player level, as well as other factors, such as miscellaneous objectives.

Key To The Past - Tips & Walkthrough 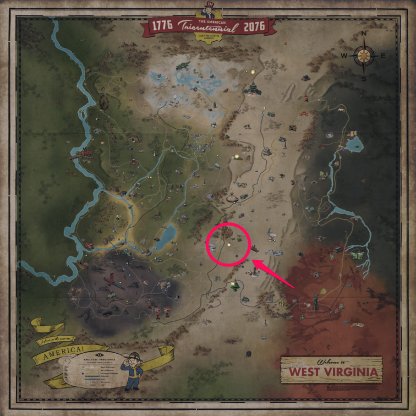 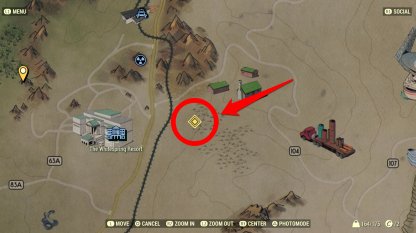 Blackwater Mine is located East of Whitespring Resort.

There are parts in the mine where the Radioation is very intense, going up to +22 rads/sec. Ensure your survival by bringing down the radiation levels as much as you can before engaging in combat.

Use Radaway to remove the Rad damage you acquired before and after the fight with Freddie Lang. She will be dealing lots of Rad damage, and having lots of Rads will not let you get back to full health.

Check Out How To Get Radaways Here

Freddie Lang has mutated into a Radioactive Ghoul during her time in the mine and will inflict you with 1 rad/sec when you're near her. Combat her from a distance with rifles to stay clear of the radiation. 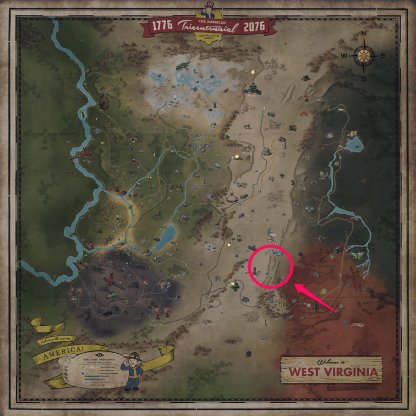 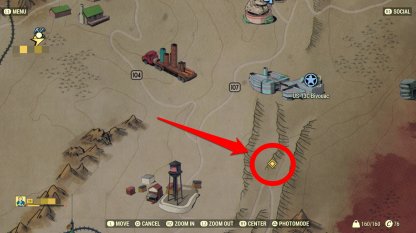 The Trapper's Camp can be found along the middle column of mountains just South of the US-13C Bivouac.

5. Watch Out For Traps In The Camp

They don't call him the Trapper for nothing! The area is filled with traps that will damage you if you are not careful! Keep your eyes on the floor and watch your step to avoid the traps!

Spotting and disarming traps will not only let you avoid getting damaged, but will also net you some XP! You can disarm a trap by going near it, and pressing the prompt on-screen. You can even shoot the traps to break it too. 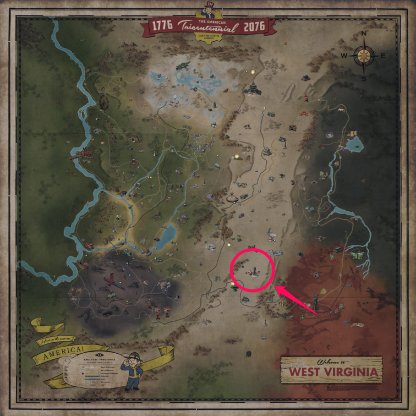 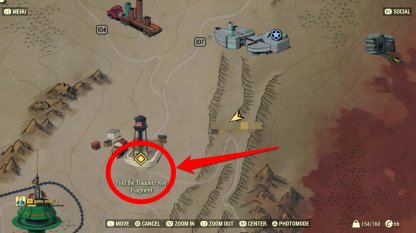 Huntersville will be located just West of where you are from the Trapper's Camp. Just get through the mountains, and you will find yourself at the entrance of Huntersville!

6. Watch Out For Super Mutants 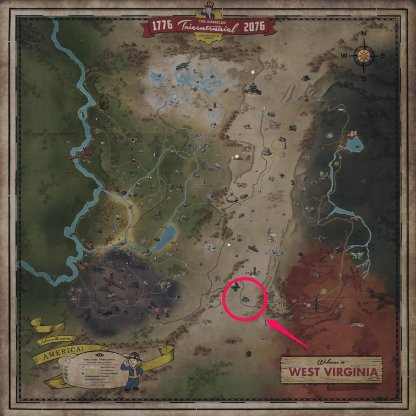 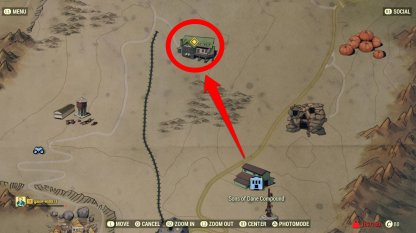 Sunnytop Ski Lanes will be located just North of the Sons of Dane Compound. It will be on top of a large hill so if you notice yourself climbing to get there, you're on the right track!

10. Palace Of The Winding Path Location 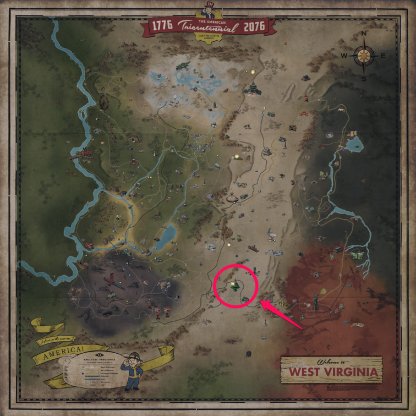 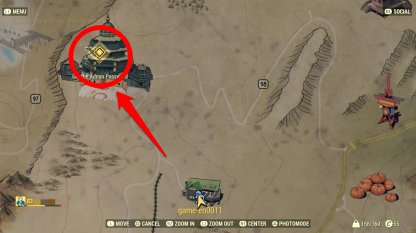 The Palace of the Winding Path will be found North of the Sunnytop Ski Lanes. You will need to get down of the large hill from where the ski lanes are located to get to this place! 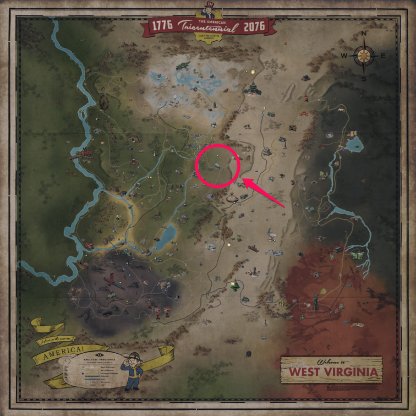 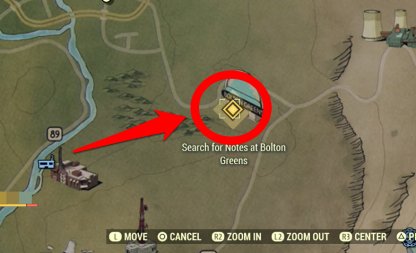 Bolton Greens is situated just a short walk East of Greg's Mine Supply on the map. 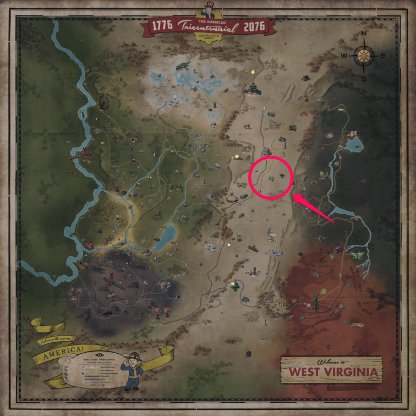 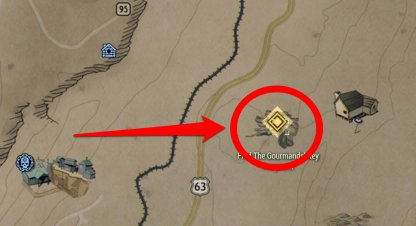 The Wendigo Cave will be located East of Skullbone Vantage. Make sure you are well-equipped before going here!

14. Gear Up Before Going Against The Wendigo

The Wendigo that you face in this cave is very high-leveled. It is also very fast and does lots of damage. Arm yourself by equipping high damage weapons, and armors with strong resistances for the fight!

Use Med-X To Increase Damage Resistance

Med-X will increase your damage resistance by 25% for 5 minutes. More than enough time to fight and beat the Wendigo. Even if it increases your thirst and hunger, it will help protect you from the Wendigo's attacks.

Get Some Power Armor

Power Armor will also give you some much needed damage resistance against this powerful Wendigo. Make sure to suit up in Power Armor to make the Wendigo's attacks hurt less! Power armor requires your level more than 15 at least.

Check Out How To Level Up Fast Here

Have Lots Of Stimpaks

Stimpaks will heal a lot of your HP for you. This is handy for when you are in a low health situation when fighting the Wendigo. Make sure to bring at least 3 Stimpaks to the fight!

Check Out How To Get Stimpaks Here

Start The Fight With Grenades

Throw some grenades at the unsuspecting Wendigo to start the fight. This will give you a sneak attack bonus, and lessen the Wendigo's HP giving you an advantage!

Use The Perfect Storm

The Perfect Storm is a weapon that can deal fire damage over time. This will help bring down the Wendigo's HP while you are running around trying to avoid its attacks!

Check Out How To Get The Perfect Storm 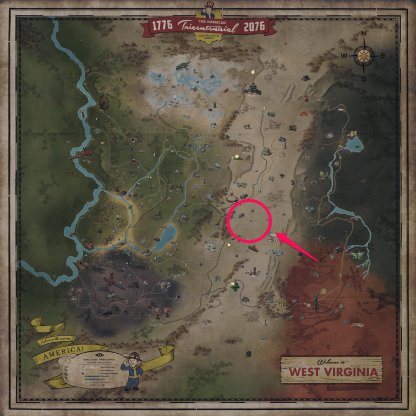 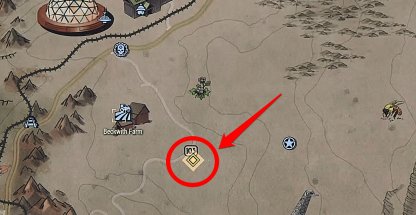 David can be found in Big Fred's BBQ Shack. This location is just Southeast of the Top of The World, a short walk from Beckwith Farm!

16. David Is Armed With A Shotgun

Keep a safe distance from David as he is armed with a shotgun. Use Hunting Rifles to keep away, and render his shots useless against you! He will also be accompanied by a few ghouls so be careful! 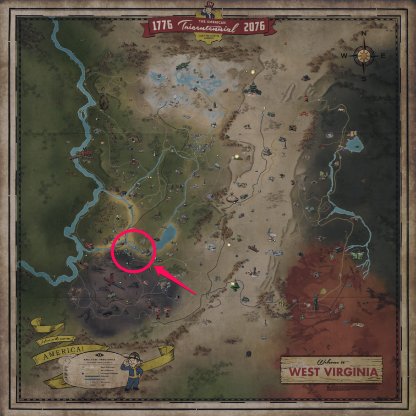 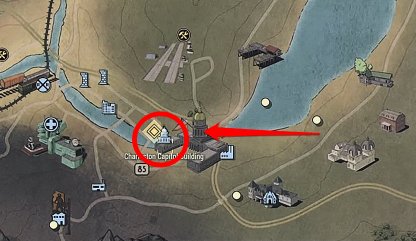 The DMV is found within the Charleston Capitol Building. It is East of the AVR Medical Center.

18. Bring a Shotgun to the DMV

The DMV's lower floor is filled with Feral Ghouls! It's recommended for players to bring a Shotgun to quickly take care of the Feral Ghouls before they mob you.