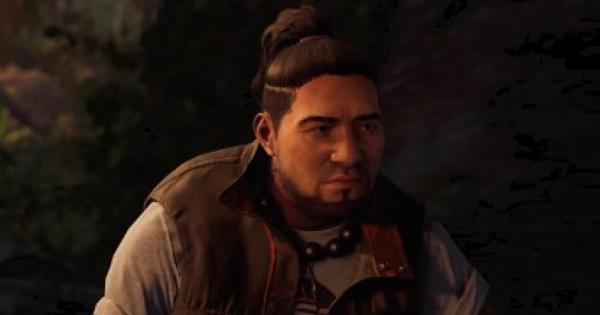 A loyal friend & companion of Lara Croft, read everything to know about Jonah Maiava starting in the 2013 Tomb Raider game up to the latest in the series, Shadow of the Tomb Raider

Who is Jonah Maiava?

Jonah is One of Lara's Most Trusted Friends

Jonah Maiava is a supporting character in the 2013 Tomb Raider series who stands as Lara's closest friend and companion throughout her adventures. He has been at Lara's side from the first game up to the latest.

What is Jonah's Role in the 2013 Tomb Raider Series?

Lara's Companion in her Adventures

Jonah was part of the shipwrecked expedition crew in Yamatai island. He has since accompanied Lara throughout her adventures from Siberia and now to Peru where they must stop the secret organization "Trinity" and prevent the Mayan Apocalypse.

A Moral Compass for Laura

Jonah is not afraid to call out Laura when she does anything questionable. He tries to keep Laura grounded even with her obsession with immortality myths and stopping Trinity.

Even when things get rough, Jonah still stands with Lara. He acts her support and reassures her ability to overcome anything whenever she's in over her head.

Jonah is one of the friendliest guys in the Tomb Raider Series. In Shadow, he was able to befriend Abby, Etzli, and even Ushu, his guard when he was being held captive to ensure Lara's intentions in Paititi.