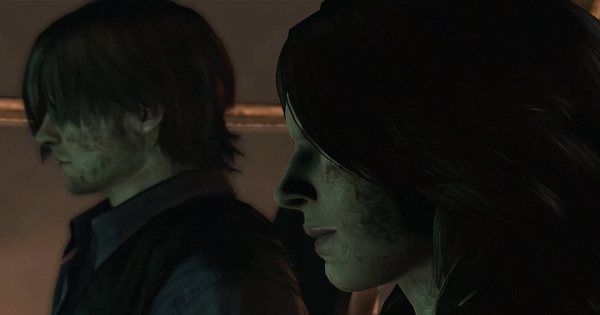 No Need to Engage Zombies

Your top priority during this part of the mission is to avoid the gas. There is no need to engage all of the zombies present in an area. Only fight zombies that are blocking your way to quickly evade the gas.

5, 10. Defending Yourself From Zombies

Use Explosives to Damage Multiple Zombies

Both these areas feature narrow corridors with multiple zombie enemies. It is recommended to use explosives such as remote bombs and incendiary grenades to deal massive damage to multiple zombies at once.

13. Running From the Explosion

Utilize Dash to Create Some Space

14. Cutscene in the Helicopter

Make sure to keep your hands on your controller. This cutscene features multiple quick time events. If you fail to push these button prompts, you may restart the mission at the last checkpoint you passed.

Keep a Safe Distance Away

Derek has a large hitbox, and can deal massive damage to you if you get too close. Keep a safe distance away in order to safely avoid his tail swipes and jumping attacks.

Shoot Red Barrels Around the Map

There will be several red barrels littered around the map during the fight. If Derek is in close proximity to the barrel, shoot at it to make the barrel explode and deal heavy damage to the boss!

Use the Car's Turrets When Available

A car with turrets will appear during the fight. Get on it and start laying waste to the boss! This turret has infinite amounts of ammo so you can spray it at the enemy!

Aim For Its Eye

When shooting at Derek, make sure to aim for its eye as it is one of the boss's weak spots.

Melee Derek When He Reverts Back to Normal

At times, Derek will revert back to his human form. This is a signal for you to approach him. Pressing the button prompt will allow you to wail on him with your bare fists for huge amounts of damage!

Shoot at His Head

When Derek is in his mutated form, aim for its head to deal huge amounts of damage. Use a strong weapon such as the Shotgun to deal critical shots.

Human Form Can Be Meleed

Just like in his first phase, Derek will revert back to human form when enough damage has been dealt. You can melee him while in this form to deal massive damage. Alternatively, Ada can also melee him to damage him herself.

At times, Derek will charge at you. This attack can be avoided by running to the side of the platform. However, be careful as this platform is narrow.

Dodge Projectile Attacks to the Side

Derek will also shoot projectiles at you. These travel in a line towards you, but can easily be avoided by dodging to the side.

Shoot at His Head

This phase is not very difficult. All you will need to do is to shoot at his head a few times to trigger a cutscene. Use a strong weapon like the Night Hawk to get the job done quick!

Run Around to Avoid Piercing Attack

Make sure to run around the area to avoid Derek's piercing attack. These attacks deal massive damage to you when they connect.

Avoid Zombies in the Area

During this phase, a few zombies will be with you while you fight Derek. However, they move quite slowly so it is not that hard to avoid getting grabbed by them.

You Will Be On a Narrow Scaffold

You will be fighting Derek while narrow scaffolding. You will not be able to move to a new area during this phase.

Derek Will Shoot Projectiles at You

Derek will start moving towards you while shooting projectiles at you. These blobs generally move slowly and can be avoided by moving to either side of the scaffolding.

Derek's eyes will be its weak spot. Make sure to use powerful weapons such as your shotguns to quickly defeat this phase.

Shooting at Derek's eyes will not work anymore since he will block them using his pincers when you aim at them. Instead, aim at the limbs on his legs to deal massive damage to them.

Keep an eye out for Derek's body. The spots on his body that glow a faint yellow deal massive damage when shot at with your weapons!

When enough damage has been done to Derek, he will eventually consume the zombie impaled on the lightning rod. Lightning will then strike Derek, dealing massive damage. You can then use the rod to further damage Derek.

How to Damage Derek Using Rod

Pick up the rod and approach a zombie. A prompt will then appear, allowing you to stab the zombie. While the zombie is stabbed, continue shooting at Derek's weak spots to force him to eat the zombie impaled on the rod. Lightning will then strike him.

After running from the gas and locking yourselves into the room, check shoe display shelves on right wall. You'll find the first emblem there.

After going through the alleyway, once you get to an area with a Hummer smashed against a wall, check behind you to find the 2nd emblem. It's inside the back of a truck, on top of some wooden boxes.

After the cutscene where Derek is being attacked by zombies, don't go up the stairs yet. Check the metal fencing behind and underneath the stairs to find the final emblem.