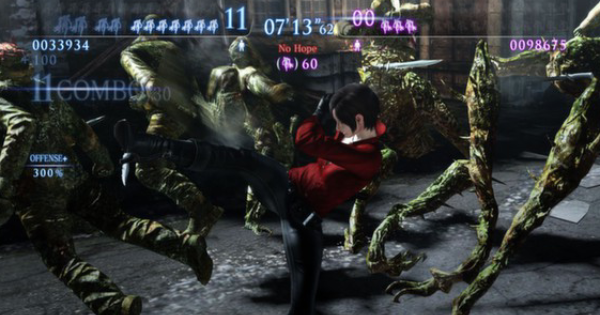 Find out everything there is to know about the Onslaught Game Mode in Resident Evil 6 (RE6). Find out how to unlock it, the Left 4 Dead 2 DLC, & more.

What is Onslaught Mode?

Overwhelm Your Opponents with Waves of Zombies

In this 1v1 game mode, you won't directly combat against your opponent. Defeating them is reliant on how much combos you do as it summons enemies to their side!

The priority in this game mode are the combos as it determines how many enemies will be brought to your opponent's side. Keep up your combos to overwhelm your enemies!

Onslaught is the PVP version of Mercenaries Mode wherein you fight against waves of enemies. The score and ranking system are also the same.

Check Out the Mercenaries Mode Here

Win by Overwhelming Enemies or Getting a Higher Score

You can win in Onslaught by either overwhelming your enemies with them dying or getting a higher score if you both survive till the end of the timer.

How to Play Onslaught Mode

Each Character has a Set of Items

You're free to choose whichever character to play as in this game mode. They all have their set items and weapons so make sure to choose one that will work your gameplay type.

Keep Up Your Combos

Combos are the bread and butter of this game mode. The more Combos you do, the more enemies you send over to your opponent. Time out your attacks and try not to get hit to keep up your combos!

Special attacks like Coup de Grace and counters adds extra points whenever you perform them. Though they do not add more combo points, they do add extra score!

Dying will immediately make you lose the match. Focus on staying alive when you're being overwhelmed. It's better to catch up on the score later than immediately losing.