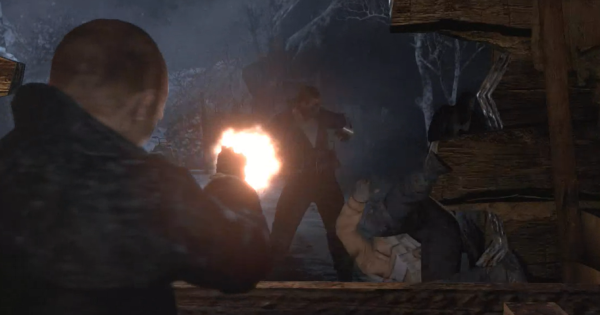 Resident Evil 6 | RE6
Infinite Ammo - How to Unlock & Use

What to Do After Beating the Game

What is Infinite Ammo?

Never Run Out of Ammo

With Infinite Ammo, the player's character will never run out of ammo no matter how many times they shoot. It does not grant bottomless magazine so players will still need to reload their weapons after emptying their magazine.

There are multiple Infinite Ammo Skills separated by weapon types. They each costs a specific amount of Skill Points to unlock.

Check Out How To Farm Skill Points!

You don't need to buy the Infinite Ammo Skill per character since skills are shared between them. Once you've unlocked an Infinite Ammo skill, you can use it for any character of your choosing.

How to Unlock / Use Infinite Ammo

The Infinite Ammo Skills will only be available for purchase once you've completed all 4 Scenarios at least once. You don't need to do them in any particular order.

Go into the Skill Settings menu to purchase or equip any of the Infinite Ammo Skills. There's one for each Weapon Type so choose one you are set on using in the game.

Cannot Change in Middle of Scenario

Switching skills in the middle of Scenario chapter is something that isn't possible to do. You can only do this before or after a game in the Main Menu.

Activate The Infinite Ammo when Starting a Scenario

You'll get the action to allow Infinite Ammo at the start of each Scenario or Chapter. You won't be able to change this in the middle of the scenario as well.