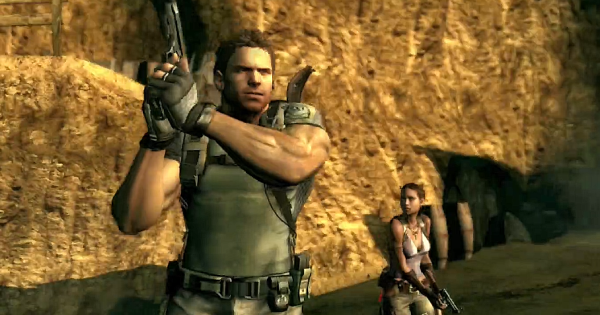 1. Move Forward Through the Train Station

There are bombs attached to the train cars that will explode when you get too close. Use a pistol to safely detonate it from a distance.

Use a Shotgun to Deal with Adjule Dogs

There are multiple Adjule or enemy dogs roaming around the Train Depot. Make it easier to deal with them by using a shotgun. The Spread can hit multiple of them at a time!

One Character Must Hold the Lantern

The Lantern is essential to go through the mines. When playing solo, it's best to have Sheva hold the lantern so you can focus on shooting down any enemies instead.

Beward of Enemies Hiding in the Dark

With a small light source, it's easy to look over enemies that are hidden in the dark. Always have your weapon at the ready and fully loaded in case an enemy jumps you.

6. Open the Gate Together with Your Partner

Partners Must Alternate Between Opening Gate

Enemies will Appear to Ambush

Make sure that the person who first opens the gate and gets left behind is fully stocked with weapons and ammo as an ambush will happen to them. You can also open the gate then close it immediately to get away from them.

6. Clear Out Enemies at Mine Shaft

Take out enemies armed with crossbows first when it comes to this fight. Since they can shoot you from a distance, they'll continue to take cheap shots at you while you're busy dealing with other enemies.

Enemies Will Shoot at You from Distance

Make sure to stay under cover as you go through the small house. Enemies on the other side of the canyon will fire at you and come to attack you if they see you.

Use Sniper Rifle to Take Down Machine Gun

Enemies will make use of the Machine Gun to gun you down even while you're in the house. Wait for the machine gun to stop firing then use a sniper rifle to take down whoever is manning it.

One of the Lockers inside the small house has a Dragunov SVD Sniper Rifle. If you don't already have a Sniper Rifle, use it to take down the enemy on the machine gun.

Prioritize Taking Down Enemies with Dynamites

Enemies with Dynamites will continue to throw them at you, dealing huge amounts of damage at a time. Deal with them as soon as they appear to prevent losing a lot of health from them.

Proximity Bombs will go off whenever the Popokiramu gets to close to it. This will cause it to take huge amounts of damage and become immobile for a short while.

Loot Proximity Bombs Around the Area

There are multiple Proximity Bombs lying around the area that you can use. However, it has a limited supply so make sure to use them at the right times.

Use Grenades to Bring it Down when Flying

Grenades can be used to hit the Popokiramu and bring it back down to the ground when it's flying. Similar to Proximity Bombs, it will become immobile for a while, leaving it open for attacks.

The Popokiramu will fire a string of sticky substance that will stop Chris & Sheva from moving. If you do get hit, do the button prompt as quickly as possible to get out of it!

As soon as you leave the starting point, check the area above you. The emblem will be on an electricity tower without any wires.

Chapter 2-2 Emblem 2 - Right Side Of Mine Bridge

When you head into the mines, keep going forward until you reach a wooden bridge. Check your right and you'll spot the emblem above you.

Chapter 2-2 Emblem 3 - Top Of Mine Buildings

After you leave the mines, climb up the tall red ladder and look towards the buildings you just came from. You'll spot the emblem on the roof of the mine buildings.