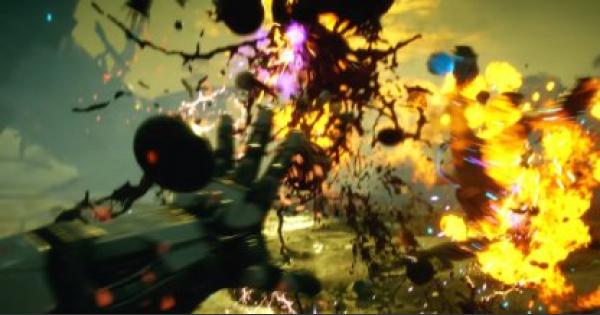 RAGE 2
All Nanotrite Abilities & Effects - How To Unlock & Upgrade

A strong kinetic blast that can throw enemies away from you. If strong enough, this blast can even explode enemies in close range combat.

Uses a booster that gives an extra burst of lift when you're in the air. Combine this with Slam for a more powerful pound attack.

Gives players a chance to save themselves from death. Automatically activates in the field when player's HP goes down to 0.

A Barrier will protect you from incoming fire and damage those who draw near it. Combined with the Vortex ability, you can draw in enemies into your own barrier of death!

A sprint boost that allows you to move fast in your chosen direction. Useful when chasing down enemies to blast through them.

With this ability, you can toss a Vortex in a crowd of enemies to pull them closer together into one spot, providing a good moment to shoot them down or throw an explosive to down them all.

Protects you from incoming bullet damage and heals you over time. When picking up Feltrite, you'll also regenerate health. Upgrades increase damage reduction from enemy bullets.

Highlights nearby enemies to know their location. When upgraded, can highlight enemies and Feltrite with increased range.

The combined use of your Nanotrite abilities in battle will charge your Overdrive bar. Once in Overdrive, your abilities gain unique features and will be boosted the entire time the mode is active.

Smash the ground with a punch attack, destroying enemies caught under your fist and sending nearby foes flying. The higher ground you jump from, the more powerful your ground-pound attack.

How To Unlock & Upgrade Abilities

Arks are pods you can find around the Wasteland. When you find one and clear the nearby area of enemies, you can learn new Nanotrite powers. Some Arks given you weapons and clues that will lead you to an Ark with a specific ability.

To level your Nanotrite powers, you need to collect materials called Feltrite. These are needed to improve the stats of your abilities, making you more powerful in battle.

Use Nanotrite Boosters To Upgrade Abilities

Each Nanotrite power has unique perks that make them more useful in the field. In order to upgrade them and access these perks, you need to use materials called Nanotrite Boosters.

Nanotrite Abilities are superhero powers that you use in RAGE 2 combat. These are powerful offensive attacks or passive abilities that can be upgraded.

Use Skills To Charge Overdrive Meter