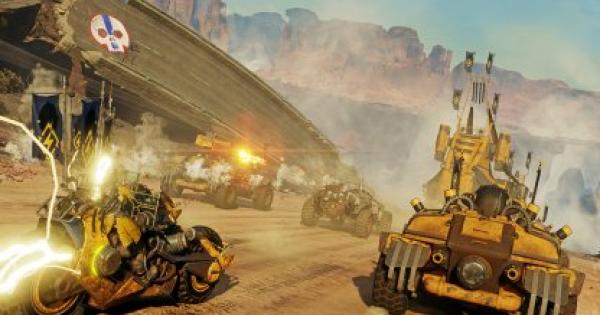 Learn all about the upcoming DLCs and features for RAGE 2 in this guide, including pre-order bonuses, deluxe content and upcoming DLCs.

Rise Of The Ghosts Expansion

The Rise of The Ghosts Expansion is included with the Deluxe Edition of the game, and will be released Summer of 2019. No further details have been provided about the expansion, however, it is likely that this will feature the Ghost Clan from the first RAGE.

Wield DOOM franchise's signature superweapon, the BFG 9000 in its unique model, and devastate your foes with its powerful blast.

While not specified in official sources, this is likely to be an XP booster.

Raise your flag as you charge in to battle on your vehicle with the Battle Standard!

Cult Of The Death God Mission

This mission takes you deep inside a cult of mutants worshiping the first game's protagonist Nicholas Raine. Battle through sewers and hordes of mutants, and fight a massive Abadon Warlock!

Wear Nicholas Raine's armor and wield his trusty Settler Pistol in your fight in this deadly wasteland!

Drive through the wasteland and take on enemies in style with your exclusive Mutant Monster Truck vehicle skin!