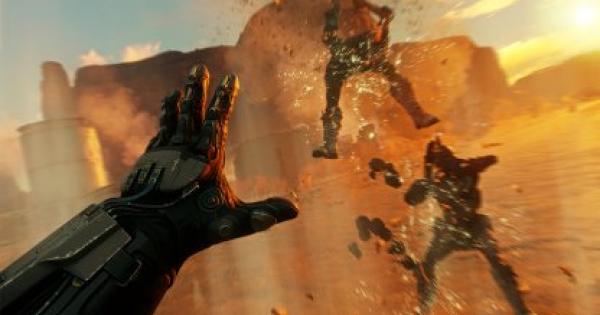 Read this RAGE 2 guide on the game's character creator! Find out what you can customize in your character's appearance, gender, voice actor & more!

Is There Character Customization?

Players will have the ability to choose the gender of Walker in RAGE 2 when you start the game. Once the choice has been made, this is locked throughout the rest of the game.

Check Out Are There Points Of No Return?

There are gender options! You can choose to play as either a male or female in RAGE 2.

Players can change the look of their character by changing the armor that Walker wears. Official trailers show that Walker can wear Nicholas Raine's armor from the first RAGE game.

The appearance of weapons in the game can also be changed with the use of weapon skins. As an example, on launch day, all players will receive a custom Wingstick weapon skin.

Your acquired weapon skins can be swapped directly from your inventory menu. Simply click on the "Change Skin" section from any of the applicable weapon's inventory menu to change its skin.

You will also be able to find custom skins for select vehicles found in the Wasteland; one of which includes "Mutant Monster Truck Skin", available for all players who pre-purchased RAGE 2 prior to its release.