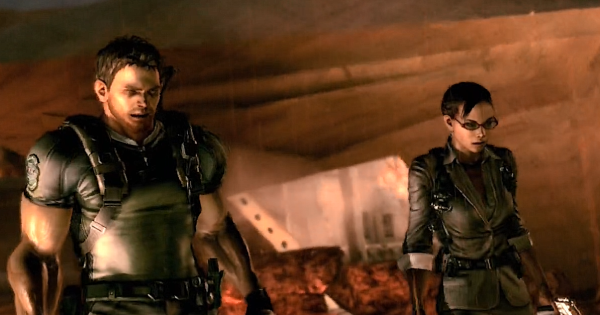 6. Defend Against Enemies at Secondary Bulkhead

Swarm of Enemies will Flood the Area

Multiple enemies will attack you once you start the opening sequence of the Secondary Bulkhead. Keep a distance from them or funnel them in small spaces to better deal with them.

Reapers will Appear When You Open Primary Bulkhead

Once you pull the lever to open the Primary Bulkhead, multiple reapers will go into the area. They'll come from behind you so be ready to defend as soon as the cutscene ends.

Use the large space to create distance between you and the Reapers. Do not engage them in melee range as they can one-hit kill you.

Use the Machine Gun Against Gattling Gun Majinis

There's a Maching Gun stationed within the area that you can use to deal massive damage against the Gattling Gun Majinis. Your partner can man it while you distact the Majinis or vice versa.

Do Not Forget to Loot Keycards

The 2 Keycards needed to unlock the door is on the Gattling Gun Majinis. After defeating one, make sure to loot it or remember where it is before dealing with the other.

The Rocket Launcher is essential for this fight. Make sure to loot it near one of the light fixes as soon as the battle starts. Ammo can be found on the ground or at the top area.

Turn Off the Lights to Disorient Wesker

Turning off the lights can distract Wesker enough for you to land your shots. Just make sure not to shoot him to his front because he will still dodge that.

Shoot the Warhead when He's Holding It

When Wesker grabs the fire Warhead and holds it in his hands, quickly shoot it to deal damage! At some point, this will even end the battle.

Do Not Come Close when He Swings His Arm

Stay away from Wesker as he spins his arms around. If you get caught by it, Chris will immediately be thrown off the cliff and die. This will fail the mission.

Do Prompts to Dodge Arm Strike

When Wesker has his arm up in the air, try to circle around him. If you're within range, you'll get a prompt to dodge. Make sure to do so or you'll receive tons of damage!

Wesker's chest and back area will alternate between being covered and uncovered, giving you opportunities to deal damage to his weak spot. Prioritize the orange glowing spot at all times!