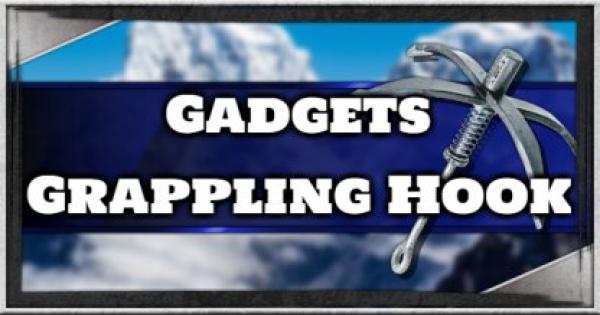 Learn about Rico's signature gadgets he uses in Just Cause 4! Find information for Grappling Hook, Wingsuit and Parachutes here!

What Gadgets Can You Use in Just Cause 4?

Rico, the main protagonist of Just Cause series have access to powerful gadgets that allows him to perform amazing actions in and out of battle. Learning how to use these gadgets will not only allow you to traverse around faster, but will open new ways to take down your enemies in unique and effective ways.

Rico's Grappling Hook allows him to zip around his environment in remarkable speed, and perform seemingly over-the-top impossible action such as pulling giant satellite dishes apart to launching enemy tanks afloat with balloons.

Rico's signature retractable parachute will allow him to survive even the most highest of falls and allows him to glide across the landscape. Using the Parachute together with the Grappling Hook allows Rico to propel and stay up in the air for extended amount of time.

Rico's specially designed suit allows him to become a human glider; allowing him to fly across long distances and tight areas where other aircrafts would not be able to fly. Using the Wingsuit alongside Parachute and Grappling Hook can allow Rico to fly around the map with remarkable speed.

By holding the Grappling Hook key, you can attach various tether to anything you aim. The types of tether you can use will expand as you progress in the storyline mission. Also, the tethers themselves can be tuned for specific performance by equipping Gear Mods.

Air Lifter attaches a small but powerful balloon to your target, allowing it to even lift military jeeps into the air. Attaching multiple Air Lifters will enhance its lifting force.

Acquired in Mission "Behind The Lines"

The Air Lifter can be acquired during the mission "Behind The Lines", in which you will need to use the gadget to escort a truck to safety.

Behind The Lines - Walkthrough

Retractor is a remote tether allowing you to pull the two attached points with extreme force. You can use the retractor to pull open doors, flip enemy vehicles or smash unsuspecting enemies in a clash.

Acquired in Mission "The Secret History Of Solis"

The Retractor will be given to Rico during "The Secret History Of Solis", in which you will need it to open a blocked passage and solve simple puzzles.

The Secret History Of Solis - Walkthrough

Boosters allow you to place micro jet engines to anything and anywhere you point. Engaging the jet will propel whatever it is attached to with extreme force, and the force of the propulsion can be multiplied by attaching more boosters.

The Booster will be given by Garland King when playing the mission "Garland King's New Star" during her sabotage & escape.

JUST CAUSE 4 © 2018 Square Enix Ltd. All rights reserved.
All trademarks, character and/or image used in this article are the copyrighted property of their respective owners.
▶Just Cause 4 Official Website