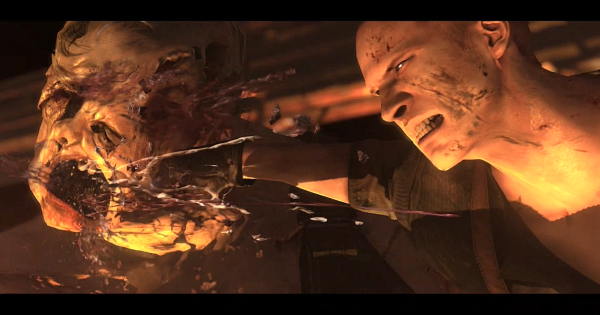 Chapter 5 - Power Up the Elevator

Power Up the Elevator Walkthrough Chart

The 2 Platform Lifts are only connected through Door D. Use the room to board the higher platform lift and the other rooms at the top of the shaft.

Leave Partner Behind then Go to the Other Lever

Fence will Electrify You When You Get Too Near

When in combat in either Door I or Door G make sure to do it a distance from the Electric Fence. The hitbox of the fence is surprisingly wide making it easy to get caught in it!

You can also use the Electric Fence to damage and stun enemies. Just be careful not to get caught and electrified as well.

There will be enemies armed with sniper rifles and rocket launchers at passages you will pass as you go up the lair. Prioritize taking them down first before the melee enemies since they deal a ton of damage.

Use Melee Against Enemies Boarding the Lift

Try to conserve your ammo at this part of the Chapter. You can do this by simply using melee attacks against the enemies that will board that you and your partner are on.

No Need to Help Chris and Pierce

Enemies will also target Chris and Pierce, but you won't need to worry about them. Focus on yourself and their partner. The mission won't fail if they get damaged.

Ignore the Ustanak, Focus on Crate

Don't bother fighting the Ustanak until you push the crate. The main objective is the crate so ignoring the Ustanak is beneficial to the mission and to your ammo savings.

Run Away When It Swings Its Flail

The Ustanak attacks with the Flail by swinging it in a straight line. You can easily dodge this by running to any side. Try to never stand right in front of it because this will make it easy for it to hit you.

Crates at the End of the Walkway

If you find yourself short on Ammo, you can head on to the end of the walkway and break the crates there. They should yield a couple of rounds for your guns.

7. Keep Dealing Damage Against the Ustanak

Ustanak will Have More Attacks

In this stage, you'll need to be a bit more careful since the Ustanak will be using more moves. It'll have a wide arc flail swing, charge attack, and fire attacks!

Stay Away from Lava Pools

Do not stand in the lava pools that the Ustanak leaves behind. These will cause burns that will tick away at your life until you get out of the lava.

Lava Pools May Leave Behind Ammo

Keep an eye out for any ammo in the lava pool. If you're desperate, you can step into the lava pools to get them though it's better to just wait for the lava pool to go away on its own.

8. Beat the Ustanak in a Fist Fight

Keep an Eye Out for Dodge Prompts

There's a split second when the Ustanak attacks where you can use a button prompt to dodge. You'll need to react quickly and press it or you'll end up being punched by the Ustanak.

Stay on the Offensive

Keep spamming the attack button unless prompted to dodge or counter attack. There's really no way to defensive in this fight so might as well stick to being offensive.

Near the starting point, when Sherry gives your guns back, head back to the room you came from. Check the upper left part of the ceiling to see this emblem.

Upon reaching the rotating platforms, head onto platform E. Keep going left until you see a lab room. Check the glass cases for the 2nd emblem in this chapter.

When you encounter the Ustanak in the lava room, move forward and push the crate down. Jump down and head forward to your right until you reach a dead end. The emblem is in the bottom part of a pipe in lava.

After the Ustanak fight in the lava room, proceed forward until you encounter a silver tank. Check to the lower-right corner of the tank to find the final emblem.