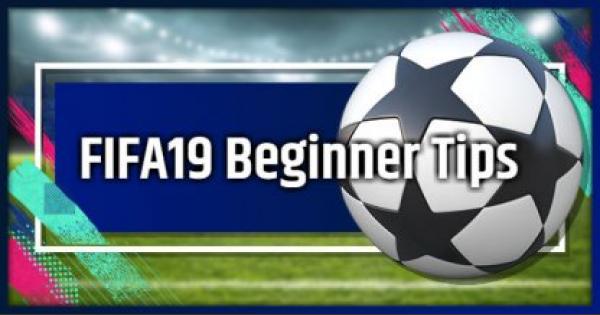 Here is everything you need to know about the basics of FIFA 19: offense, defense, passing, & set pieces. Practice in game modes like Skill Challenges and Kick Off, & eventually play against other players online in FIFA Ultimate Team.

How to Tips Related Article

Check Out How To Play Better

You will be able to move around using the Left Stick. You can also execute dribble moves by using the Right Stick.

Sprinting is a very useful mechanic in the game. It allows you to speed up your player to get to a loose ball, dribble faster, and more. All you need to do is hold down R2 or RT!

Even though sprinting is useful, try not to sprint all the time as this will eat up your player's energy! Sprint only when it is absolutely necessary!

Check Out How To Perform Dribbling

Passing Moves The Ball Around

Passing the ball is one of the main ways to move the ball around the field. One player holding the ball for too long may allow opponents to close in on you and steal the ball! Don't be greedy and share the ball!

Use The "Teammate Run" Action Before A Through Pass

Learn The Different Types Of Shots To Score A Goal

There is no cookie-cutter way of scoring a goal. Learn the different type of shots that can help you edge out the competition!

Use Timed Finishing To Improve Your Shot

Check Out How To Attack

Defense Will Prevent The Enemy From Scoring

Having a good sense of defense will prevent your enemy from turning their possessions into goals! Here are the basic ways to defend your goal against opponents!

Defending Aggressively Will Lead To Violations

Remember to not be overly aggressive when defending. Ill-timed tackles could lead to yellow or red cards, and may give the opponent a chance to score!

Set Pieces Can Result In Goals

Set Pieces are moments in Football that brings the ball back into play following a stoppage. Here are some Set Pieces that are included in the game.

Free Kicks happen when gameplay is resumed at the point where the ball was when the game was stopped. You can either pass to a teammate or shoot the ball into the goal if you are near enough!

Check Out How To Finish Free Kicks

Corner Kicks happen when the ball goes out of bounds behind the opponent's keeper and you retain possession. You can choose to pass to a nearby player, or risk a cross for a goal.

Penalties rewards you with a free shot at the opponent's goal. This puts one of your players against the opponents keeper. Plan your shots carefully to convert this into a goal!

Maintaining constant ball movement will work in your favor since it will make it harder for the enemy to steal the ball from you. Keep on moving the ball, and eventually opportunities for a goal will show themselves to you!

If you find yourself trapped in a situation where you don't know where to go, just pass the ball to another teammate. It doesn't matter who receives it as long as the enemy will not gain possession!

Sprinting will shift your player's momentum into the direction they are facing. It will lessen the control you have over the ball and at the same time, over the player. Only sprint when you have enough space in front of you.

Having the ball most of the time will allow you to dictate the flow of the match! You will be able to set the pace, direct your opponent's movements and more. Make ball possession one of your top priorities during a match!

How To Maintain Ball Possession

Take Your Time With The Ball

Rushing towards the goal will make you face lots of defenders even before you can get close to the keeper! Take time to set up your offense before mounting an attack!

Blindly tackling most of the time will leave your players immobile for a few moments, this gives the opponent enough time to leave you behind and create space! Only tackle when you are absolutely sure, you can get the ball!

Get To Know Your Favorite Team

Getting to know one of your favorite teams is also a great way of learning how to play FIFA. These teams will teach you a thing or two about deeper mechanics in the game.

A team's formation will tell you their main play style during the match. Getting to know a few of these formations may let you recognize similar formations and predict strategies!

Check Out How To Use Best Formations

Read Up On Roles

A team must work together to win against their opponents. To make the most out of your team, learn their roles and adjust your play style when controlling those players!

The tactics of a team will dictate how their players move around the field. Each player will have different priorities according to your tactic such as ball possession, constant pressure, long ball and more.

Skill Games are mini-games that you can play to improve your skills on a certain aspect of the game. Here, you can practice your shooting, dribbling, passing, defense, and more!

Step 2: Practice In The Kick Off Mode

Practice your game in different situations in FIFA 19's new Kick Off Mode! Here you can choose different scenarios that changes some of the game's rules and see how you can adapt!

Check Out Kick Off Mode