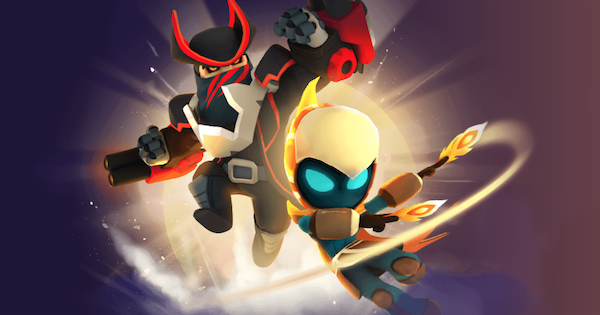 How To Play Beginner Guide for Thetan Arena (2021)! Includes how to play with friend & as guest, play in PC, android (Google Play store), iOS (App Store), & free to play gameplay!

What Is Thetan Arena?

Thetan Arena is a free to play game and is one of the newest MOBA eSports available that is based on blockchain technology. Here you can play with your friends, battle with anonymous new people, and possibly even sharpen your teamwork-related skills!

First Set Up (Register Or Guest)

The game is available for any user that has access to a PC or a mobile phone (Android or iOS)! You may download the game on Google Play for Android, App Store for iOS, and at the official Thetan Arena site for the PC version of the game.

On your first login, you'll be automatically entered into the tutorial screen (excluding the PC version). You may choose to skip this part if you're already familiar with the gameplay.

After completing the tutorial, you'll be rewarded with your very first victory!

Once you secure your first victory, you'll be given 3 free heroes to play at Thetan Arena. These heroes will be random and thus you won't be able to choose which ones you get.

Once you return to your home screen, you can choose your favorite heroes and skills. Doing so will make starting each battle much faster and more efficient, so we recommending familiarizing yourself with your preferences and setting this up ahead of time.

From here, you can start to play Thetan Arena and attempt to win some battles! You can raise your rank by winning several battles, and can also fall down the ranks if you lose too many, so aim to win!

How To Play Thetan Arena

Thetan Arena boasts of several kinds of Match Type / Game Modes that are regularly updated throughout the game! As of writing, there are five confirmed possible Game Modes.

In Battle Royale, you fight to become the last man standing! TAfter some time, a ring-shaped border will appear and close in on players, and whoever stays outside will get eliminated. Players can destroy supply boxes to get bonus power points as they continue to defeat their enemies in the heated battle to be the final one to survive!

This mode divides the players into two teams to bring down their opponents' tower. Here, players must collect Batteries to summon the Siege Robot as the tower will only get damaged once the Siege Robot reaches the tower. The game ends once a tower is destroyed, and if time runs out without any tower destroyed, then the team with the most health will be announced the winner.

With the Super Star game mode, players will aim to collect stars to rack up match points. The main Superstar is the one that produces Point Stars, and the team that collects the most will be deemed the winner. Note that in the event that a team collects more than 50 match points than the opposing team, they will immediately announced as the winner.

Deathmatch is a game mode wherein the player must aim to eliminate as many enemies as possible. This racks up elimination points, and whoever has the most points before the time limit wins the game. Note that once a single player reaches more than 25 elimination points, the game will immediately end with this person as the winner.

This type of battle is perfect for those who want to play with just their group of friends! With this, you may create a custom battle to invite your friends to play together and can choose from a variety of game modes, maps, and number of players.

Time Which Skills To Use First

As you continue to level up, you'll get access to your favorite skills. You may choose to activate a particular skill by clicking the + button once it appears on your screen. Be sure to select the right skill first, as your choices can hugely affect your gameplay for the next few minutes!

Strategize On When To Go Offense Or Defense

Your respawn time takes longer the further into the game you are, so make sure to strategize on whether you should go offensive or defensive depending on your team's score and how much time you have left. If you go full on offensive during a really close call, you may find yourself KO-ed with a long respawn and unable to turn the tables at a very critical moment!