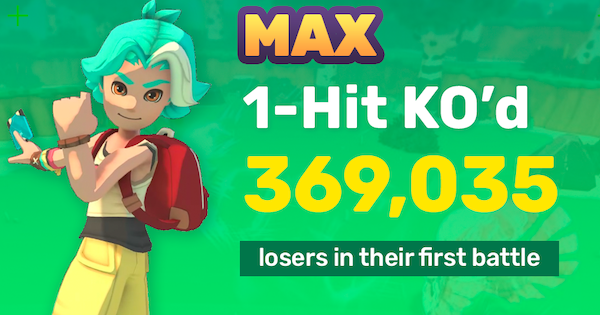 Humble Bundle and Crema have released updated info on Temtem, including copies sold, the upcoming Roadmap, tons of community stats, and more!!!

Crema has decided to at least update us on the current state of Temtem, as well as how they're going to proceed in the future in terms of updates. They also provided us with some very interesting statistics worth checking out! Read on below for more!

Temtem has had a strong reception, with Crema & Humble Bundle finally being able to announce that the game has exceeded over 500,000 copies sold! The craze for monster collecting is definitely not letting up - here's to hoping the community grows even more in the future!

Perhaps the most exciting announcement to come from this press release is the fact that Crema will be announcing their Roadmap for Temtem soon! Members of the community will no doubt be overjoyed to have Crema lay down a concrete path forward for this new MMO.

Kinu Is The Most Picked Temtem

It seems that Kinu is the most picked Temtem currently! Its incredible support moves allow it to buff up its ally, even to the point of Sacrificing itself. Access to a powerful STAB Beta Burst is also extremely useful.

As is to be expected, Volarend is still a massive threat in the PvP metagame, seeing the most bans. Its excellent typing, stats, & powerful high damage moves make it a formidable foe.

Check Out Our Tier List For The Best Temtem!

An incredible 5.42% of players are reported to own a Luma Temtem. Considering the chance prior to the most recent patch was 1/6000, this is no small feat! It seems many players in the Temtem community are dedicated to catch their own Lumas.

In a recent update the new feature known as the Saipark was added to the game, partly in an effort to give players more end-game content to delve into. One of the main draws here is that you'll be able to farm for the Luma versions of slightly rarer Temtem more easily!

Check Out Our Saipark Guide Here!

Sofia And Max Crushing It

You can tell by that smug look that Max is relishing in the defeat of those 369,035 Tamers! Here's to hoping that we can stomp them many more times in the future!

More surprisingly however, is the fact that over 200,000 players were defeated by Sofia! It seems that many players were not prepared for the jump in difficulty before the first Dojo! Perhaps a guide is in order?

Check Out Our Guide On How To Beat Sofia Here!

Temtem players are all about breeding. Nearly 1.5 million Temtem have hatched out of eggs (and perhaps been promptly released...) It seems that the community is really invested in competitive breeding and trying to create the strongest possible Temtem they can by breeding for high SVs, which is no easy task!

Excitement For What's To Come

Although the details of the roadmap are yet unknown, everyone is waiting with great anticipation to find out when they will be able to explore the remaining islands of the Archipelago! Heading toward the eventual full release next year, there's no knowing how many new features will be introduced! In the meantime, make sure you're up to date on the main story and have progressed as far as you can!