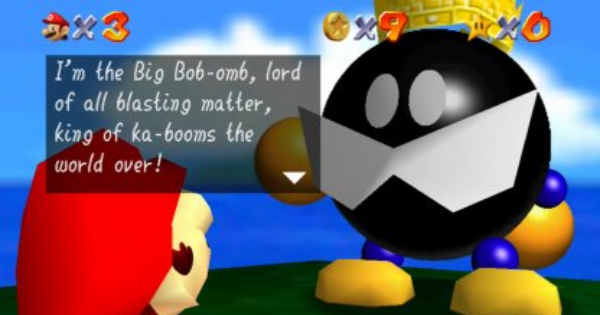 Move to the back of the boss, carry him and throw away. Repeat this process three times.

The boss will try to crush you by slamming his body to the floor. After dodging the body slam, jump and dive to the crack on the back of the boss. Repeat three times to defeat.

Run around Bowser and grab its tail. Throw him towards the bomb to defeat.

Bowser - Boss Guide & How To Beat

Double jump and dive to the boss when it is not transparent. Do this three times to defeat the boss.

Run around the eyeball swiftly. The eyeball would get dizzy and be defeated.

The boss will run fast trying to chase you. Stand near the lava and jump over the boss when it run towards you. The boss will fall and be defeated. You can also push the boss.

The bosses will be two hands with eyes on its palm. Punch the eyes when it is open three times to defeat.

Eyerok - Boss Guide & How To Beat

Bowser will jump causing the whole field to tilt towards him. To defeat him, run towards his back and grab its tail and throw him to the bomb.

You will find the boss in a stage made of ice surrounded with water. Continuously push the boss off the stage to the water win.

Jump on the boss's back three times to defeat. The boss's movement will be faster as you step on it so be careful.