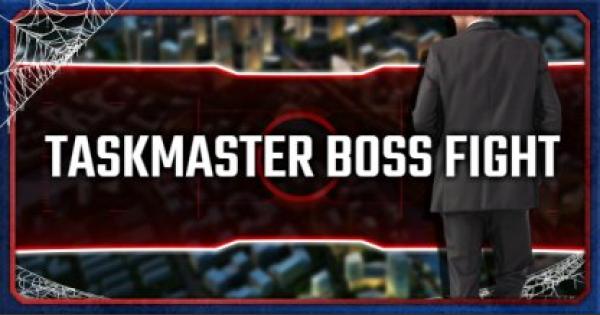 Read this Spider-Man PS4 guide & walkthrough on the Taskmaster Boss Fight - boss moves, tips & tricks to beat him, and more!

Fighting Taskmaster is a difficult feat in this game. Taskmaster is immune to most of your attacks & deals heavy damage, making this battle highly dependent on a player's skills.

This Is An Optional Boss

The Taskmaster fight is optional and can only be fought once you've completed 5 different challenges & then again after completing all 16 available challenges in-game.

Be on high alert & don't waste efforts on web shots and melee attacks. Taskmaster is immune to most of Spider-Man's techniques so use other methods to damage him.

The best way to damage Taskmaster is to throw objects at him or do a perfect dodge. You'll stagger him & make him vulnerable for a moment - allowing you to attack him for a few punches.

Relocate When Running Out Of Things To Throw

The Taskmaster will follow you wherever you go in this fight. Relocating to a new area will give you a fresh batch of throwable objects to help you down him.

The Suspension Matrix is the only gadget that works on Taskmaster. Utilize this gadget to off-balance him so you can throw some attacks his way.