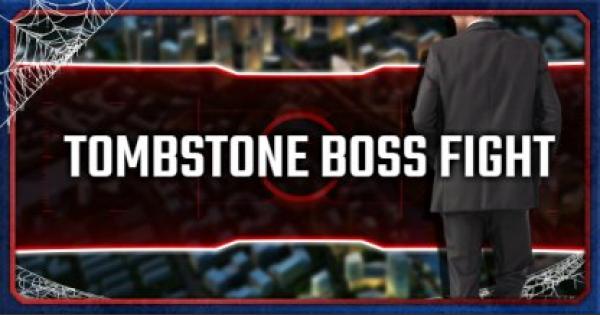 Read this Spider-Man PS4 guide & walkthrough on the Tombstone Boss Fight - boss moves, tips & tricks to beat him, and more!

Tombstone is a hard-hitting villain that Spider-Man has to take down by dodging attacks, getting rid of smaller mobs, & dealing melee attack damage.

Fighting Tombstone is optional and can be activated by doing the Side Mission - "Tombstone: Let's Get Ready To".

Check Out the Side Mission Walkthrough

Phase 1: Beat Tombstone & His Men Down

Your web shooters are useful when fighting Tombstone. Several web shots will wrap him up so you can drop in and deal some damage on him while he's vulnerable.

When Tombstone calls in his men, make sure to get rid of them first. Work quickly before they turn "white skinned" because you can only defeat them with Finisher Moves by then.

In the 2nd phase, Tombstone equips himself with a high-damaging fire chain weapon. He swings the weapon in a flurry, so make sure to dodge these to keep your health bar in the green.