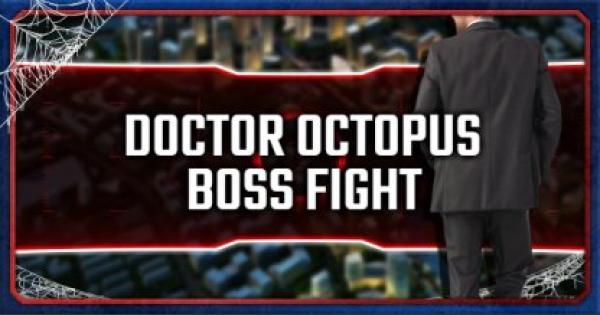 Spider-Man will have to dodge his way around Doctor Octopus's tentacle arms while dealing his own attacks in this final boss fight of the game.

Use Web Shooters To Web Up His Arms

Use your web shooters to web up Doctor Octopus's tentacle arms to create an opening for you to attack.

You can find small lit-up boxes on the ground. Use "R1 + L1" to throw them onto Doctor Octopus, shocking him & making him vulnerable.

Phase 2: Keep Off The Floor To Avoid Damage

Keep Off Floor When Doctor Octopus Is Up The Tower

When Doctor Octopus climbs the tower, he sets the floor on fire, making it dangerous to step on it. Utilize your web-slinging moves and the "R2" button to swing above the floor & get to Doctor Octopus.

Throw Back Objects Tossed At You

While on top of the tower, Doctor Octopus will throw debris at you. You can toss them back & damage him by using the "R1 + L1" buttons.

Phase 3: Final Battle Of The Game

Your Spider Sense will show up on-screen to indicate when Doctor Octopus will attack. Press the "◯" button to dodge & avoid damage.