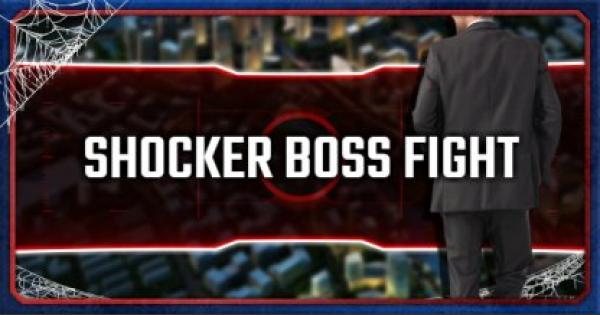 Read this Spider-Man PS4 guide & walkthrough on the Shocker Boss Fight - boss moves, tips & tricks to beat him, and more!

This boss fight has no combat involved and will only have Spider-Man chasing Shocker through the streets. Shocker will blast shockwaves at Spider-Man while he swings around to chase him down.

Phase 1: Chase Shocker Through The Streets

Catch Up To Shocker By Swinging Fast

Once Shocker takes off, follow & chase after him by using your web-swinging moves. Web zip through the streets to close the gap & lock him down.

Check Out How To Swing/Move Faster!

During the street chase, Shocker will try to blast Spider-Man out of the sky with some shockwaves. Follow your Spider Sense & dodge right in time to avoid taking damage.